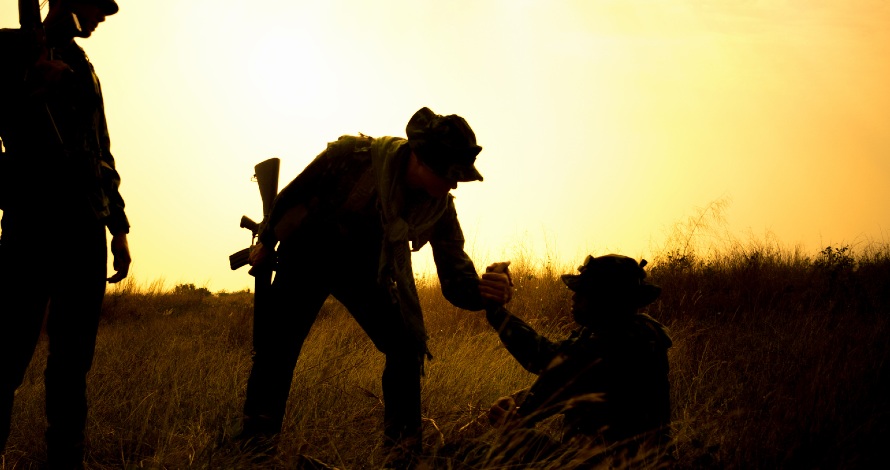 From Delta Force to Country Doctor of the Year

Two days after treating Army Ranger and Delta Force soldiers wounded in the incident now known as “Blackhawk Down,” Dr. John Otho “Rob” Marsh was standing on the tarmac of a military base in Mogadishu, Somalia when a mortar round hit. The explosion killed the soldier next to him and severely wounded Dr. Marsh, who continued to treat the wounded despite the potentially fatal gash in his femoral artery. Years later, he points to that moment as the impetus for his decision to become a country doctor in tiny Middlebrook, Virginia (population 215), where he has served as the sole physician for almost two decades.

For his unparalleled record of service to his nation and to his community, Dr. Marsh has been named 2014 Country Doctor of the Year.

Presented by Staff Care, an AMN Healthcare company, the Country Doctor of the Year Award recognizes the spirit, skill, and dedication of America’s rural medical practitioners. The leading temporary physician staffing firm in the United States, Staff Care has presented the national award since 1992 to exemplary physicians practicing in communities of 30,000 or less.

“Dr. Marsh is a true medical hero,” said Sean Ebner, President of Staff Care and AMN Division President Locum Tenens. “The courage and compassion he displayed as a Delta Force physician has carried through to his practice in Middlebrook.”

The son of a World War II veteran who was a former Secretary of the Army, Dr. Marsh established a renowned record as one of the most decorated military physicians in the United States, having received the Legion of Merit, two Bronze Stars, a Purple Heart, the Department of Defense Meritorious Service Medal and the Army Meritorious Service Medal. He is still warmly regarded in Delta Force circles for founding the first full-service, full-time family practice clinic for Delta Force families.

His record since founding clinics in Middlebrook and nearby Raphine, Virginia (population 1,400) is similarly remarkable. An independent practitioner, Dr. Marsh still rounds on patients in the morning at Augusta Health, the local hospital (where he also serves on the Board of Directors), then sees some 20 to 25 patients at the clinic in Middlebrook or Raphine. The Raphine clinic is based on the grounds of the largest truck stop in the U.S., where more than 1,000 vehicles park at night, and specializes in what Dr. Marsh calls “truck stop medicine.” He provides a unique patient population with Department of Transportation-required physicals and cares for the many conditions arising from the stress, diet, and sedentary nature of long-haul trucking.

Dr. Marsh then makes a series of house calls to elderly patients too infirm to come to his office. His day not yet done, Dr. Marsh also rounds on inpatients at a second hospital in Raphine at night, or returns to Augusta Health to make rounds.

In addition to all this, Dr. Marsh is the sole presiding physician at the Blue Ridge Christian Home, a long-term care facility run by Mennonites that fosters a community atmosphere and does not administer drugs for dementia to its residents. To help increase the supply of country doctors, Dr. Marsh serves as a preceptor to University of Virginia medical students who rotate through his practice, learning what it is like to be a rural primary care practitioner.

Deeply involved in his communities, where his family has roots that date back 250 years, Dr. Marsh serves as a volunteer fireman and a Sunday school teacher. Dr. Marsh, his wife, Barbara, and their children also maintain a 185-acre farm. Since 90 percent of his patients are connected to farming in some way, Dr. Marsh believes his experience as a farmer allows him to better relate to and care for his patients.

“The physicians, the nurses, and the administrators who work with Dr. Marsh are literally in awe of him,” said Mary Mannix, CEO of Augusta Health. “His impact on the standard of care in our area has been immeasurable.”

As the 2014 Country Doctor of the Year, Dr. Marsh will be able to enjoy two weeks of time off, as Staff Care will provide a temporary physician to fill in for him at no charge, a service valued at approximately $10,000. He also will receive the award’s signature plaque featuring a country doctor making his rounds on a horse and buggy, an engraved stethoscope, and a monogrammed lab coat.