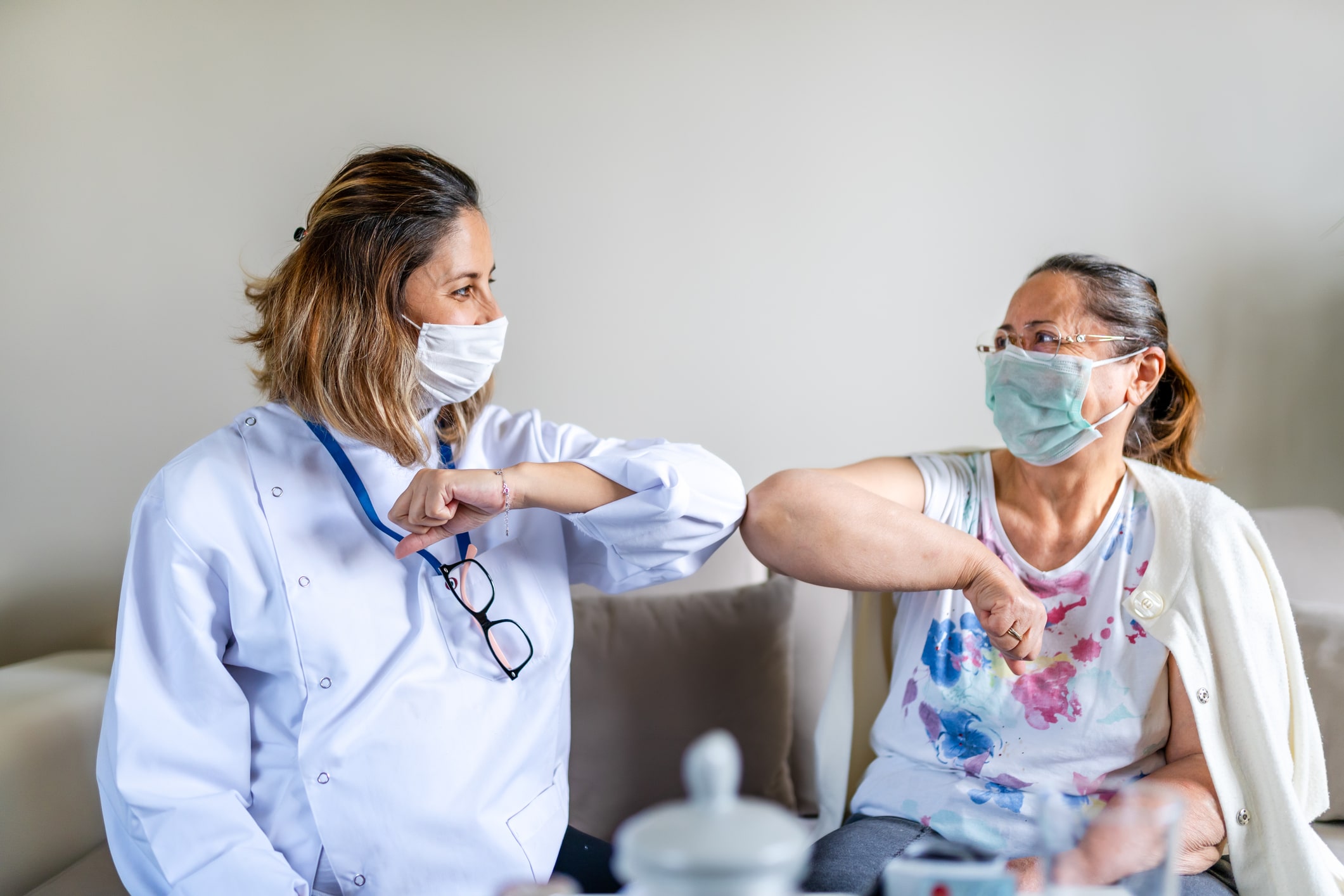 'The Physician Assistant Will See You Now' 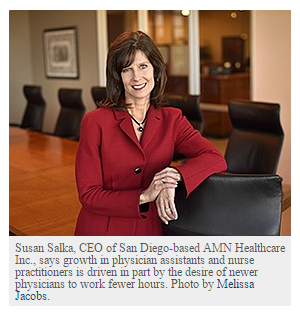 A new model of “team-based” patient care in San Diego County could fill the gaps left by doctor shortages as hospitals and medical groups divvy up responsibilities among less-costly support staff, such as physician assistants and nurse practitioners.The physician shortage problem has been a hotly contested topic among health care professionals with some claiming the shortage has the potential to threaten the future; others argue the impending doctor shortage is overblown.

According to projections by the Association of American Medical Colleges, the nation will be short more than 90,000 physicians by 2020 and 130,000 physicians by 2025. Of that 130,000, the Annals of Family Medicine projected that 52,000 would be primary care doctors.San Diego-based AMN Healthcare Inc. is one of the largest health care staffing agencies in the nation, and President, Director and CEO Susan Salka said the doctor shortage is a result of several variables, from spiking patient volumes caused by the Affordable Care Act to shifting priorities for younger physicians.“Newer physicians are not looking to work as many hours as their older colleagues,” Salka said. “Primary care physicians who worked in solo practice or small groups used to work as many hours as needed to support their business. Younger physicians generally want more work-life balance - particularly if they’re being employed by a hospital system or medical group. This brings the average hours worked down per physician.”

Mark Smith, president of physician permanent placement at AMN, said this resulted in a significant drop in patients seen by doctors.
“In 2012, the average physician saw 20.1 patients per day while in 2014 the average physician saw only 19.5,” Smith said. “At first, I didn’t think this was significant. But then I did the math.”
If the average physician sees 0.6 fewer patients per day and the average physician works 48 weeks per year, then the physician is seeing about 144 fewer patients per year. If that is multiplied by the number of active physicians in the United States – 893,851 as of last month, according to the Henry J. Kaiser Family Foundation – then this amounts to over 128 million fewer patient visits nationwide per year.
The jobs
So who’s picking up the slack? According to a report produced by Merritt Hawkins, the physician recruiting arm of AMN, advanced practitioners like physician assistants (PA) and nurse practitioners (NP) are filling the gap. Prior to 2011, Merritt Hawkins received few requests to recruit advanced practitioners. However, search assignments for these two positions climbed 320 percent from 2011 to today – ranking in the top 20 “most requested” positions for the first time.
There are over 115,000 NPs practicing in the United States, with 88 percent focusing on primary care, according to the American Academy of Nurse Practitioners. NPs are usually registered nurses who advance their education to earn an NP degree – a two- to four-year master’s degree program on top of a four-year nursing program. The extensive educational requirements can resemble the training for a physician because NPs can have many of the same duties as physicians, including prescribing medication and offering preventative primary care.
There are 83,000 PAs in practice in the country with one-third in primary care and the rest in specialty areas. PAs are most commonly used under direct supervision of a physician and often assist in surgeries. Like NPs, PAs can diagnose and treat illnesses and prescribe medication. The position requires three years of schooling and requires the same prerequisite courses as medical school. Most programs also require students to have about three years of health care training and experience, and to complete 2,000 hours of clinical rotations.
Despite the lengthy education requirements, NPs and PAs are not required to do a residency or fellowship. On average, these advanced practitioner positions are paid roughly half of what a primary care physician earns. Still, the compensation of an advanced practitioner is higher than nurses or other support staff, averaging around $100,000 per year, according to Merritt Hawkins.
The care
According to Kevin Hirsch, a San Diego physician and the president of Scripps Coastal Medical Group, PAs and NPs can sometimes be used interchangeably to create a more efficient workflow.
Those working in a primary care environment at Scripps can see almost anything from preventive care, to treatment of the common cold to a routine check-up, Hirsch said. These practitioners also spend part of their day managing calls from patients or conducting outreach to patients who need to schedule things like annual mammograms.
Some individuals have expressed concern about a health care model in which less time is spent with doctors, and more time is spent with support staff.
“It’s an understandable position for someone who has no experience working in the system,” Hirsch said. “We argue that the old mom-and-pop shop model is an inefficient model for health care. If you want to see your doctor, our model creates the capacity to see your doctor in a more timely fashion. It’s about taking the routine things and the lower-level things off the plate of the physician to create more use of their capacity. That includes seeing patients when a patient wants to see their doctor.”
This concept of using health care workers “to the top of their specialty” is permeating the industry, Smith said.
“We want everyone to function on their highest level of licensure,” Hirsch said. “In other words, don’t have a doctor filling out forms that a clerical person can do. Have a doctor doing doctor things. Working smarter for our patients is really what it’s all about.”
Scripps is finishing a pilot phase at locations in Rancho Bernardo and Carlsbad for its primary care redesign program. Hirsch said all traditional primary care practices will have fully deployed primary care teams who follow this model of care by the summer of 2015.
“We’re engineering and rebalancing work so we can have really efficient, effective and timely engagements with our patients and not have anybody bogged down who’s in that workflow - be it those scheduling an appointment or paying a bill,” Hirsch said. “When workflow is efficient and effective, everybody’s happy.
Smith said Scripps is not alone in its strategy to restructure for efficiency.
“Everyone sees the need with what’s happened in health care,” Smith said. “Trends are changing. Across the board, everyone is attempting to do more with less.”