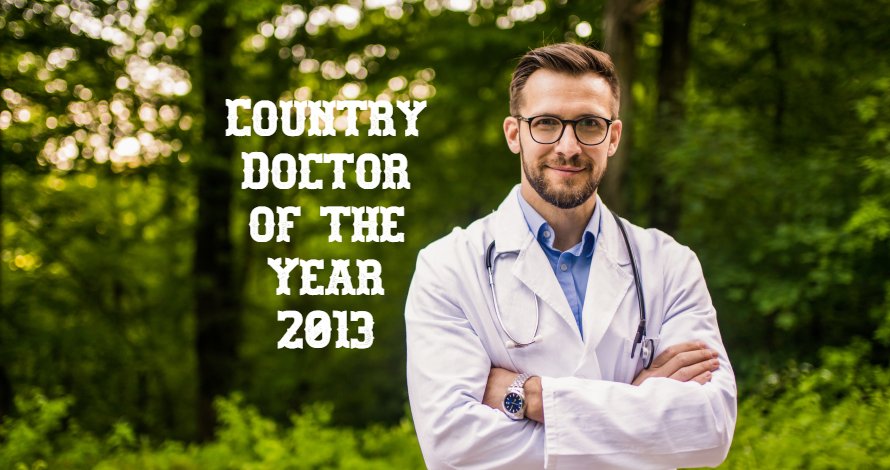 Dr. Robert Bosl of Starbuck, Minn., Honored as Country Doctor of the Year

Every weekday at 5 a.m., Robert Bosl, M.D., of Starbuck, Minn., arises to take the 20-mile trip to Stevens Community Medical Center so he can round on his patients. He then drives 20 miles back to Starbuck to see patients in the clinic he invested his life savings to build.

For these and countless other demonstrations of commitment to his patients, Dr. Bosl, a highly decorated Vietnam War veteran, has been named the 2013 Staff Care Country Doctor of the Year.

The Country Doctor of the Year Award recognizes the spirit, skill and dedication of America’s rural medical practitioners. Since 1992, Staff Care, an AMN Healthcare company and the leading temporary physician staffing firm in the United States, has presented this national award to exemplary physicians practicing in communities with a population of 30,000 or less.

“Dr. Bosl is a true medical hero,” said Sean Ebner, president of Staff Care. “The courage and compassion he displayed as a medical corpsman in Vietnam has carried through his 33 years of practice in Starbuck.”

Board certified in family medicine, Dr. Bosl arrived in Starbuck, a town he describes as the mirror image of Lake Wobegon from “A Prairie Home Companion” fame, in 1982. He soon found himself the only physician in the community. On call seven days a week, 24 hours a day, he has provided the full spectrum of care, from obstetrics to geriatrics, often making house calls in difficult-to-drive-in winters. In 2005, when the local hospital failed, Dr. Bosl took out a loan on his home and invested his life savings to build a modern clinic so that Starbuck would continue to have local care.

“Without a local care option, small towns have a tenuous future,” Ebner said. “Through his extraordinary commitment, Dr. Bosl has ensured not only that quality care is available in Starbuck, but that the community can remain economically viable for years to come.”

Now 66, the former corpsman, who won more than 20 medals and citations for his service in Vietnam, including the Purple Heart, continues to see patients, serve as team doctor for the local high school, and makes occasional house calls. Dr. Bosl estimates he has put 200,000 miles on his car so he can round patients at the closest hospital, a 40-mile round trip from Starbuck, and he is still the only physician in the community, which proudly claims to be the home of the world’s largest lefse (described as a kind of Norwegian flatbread).

As the 2013 Country Doctor of the Year, Dr. Bosl will be able to enjoy two weeks of time off as Staff Care provides a temporary physician to fill in for him at no charge. He will also receive the award’s signature plaque, featuring a country doctor making rounds in a horse and buggy, an engraved stethoscope, and a monogrammed lab coat.

Additional information about the Country Doctor of the Year award can be found at www.countrydoctoraward.com.