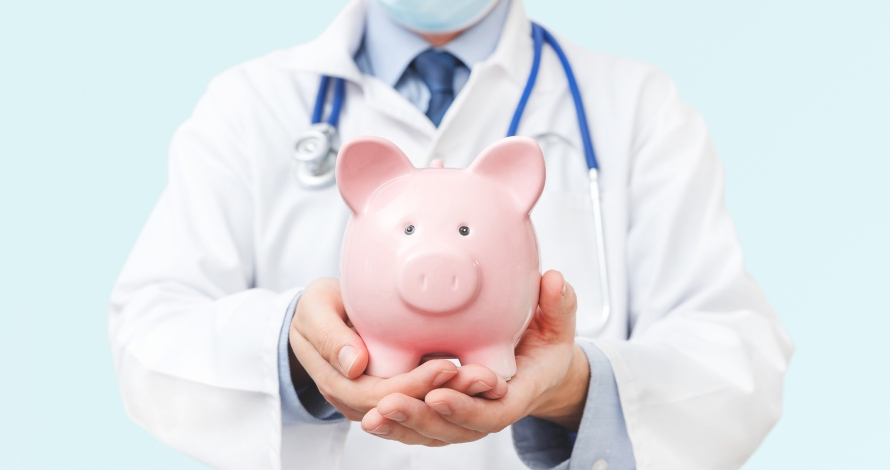 How much does a locum tenens physician cost? That's one of the more frequently asked questions we hear from physician recruiters. Given the growing importance of finances on a physician-staffed operation, it’s an understandable one. It’s also a question we like answering because it presents an opportunity to provide a complete picture of the value provided by a locum physician.

A case could be made that the cost of using locum tenens physicians is comparable to the cost of employing a permanent physician. For example, a family physician paid $180,000 annually costs roughly $720 a day based on five days worked per week during a 50-week year. This excludes signing bonuses, benefits, and malpractice premiums, the employer’s portion of FICA and continuing medical education expenses — all of which can add more than $60,000 to a physicians’ total annual compensation package.

The standard per diem rate for a locum tenens family physician, by comparison, is only minimally higher than $720 (including malpractice, travel, and housing), roughly equal to the cost of a permanent physician.

The return on investment with locum tenens is even clearer when the basis of comparison is not a permanent physician, but no physician at all. As the numbers below indicate, the MGMA reports that a family physician generates $1,463 in daily charges. Numbers from physician recruitment firm Merritt Hawkins (like Staff Care, a company of AMN Healthcare) show that one family physician generates $6,400 per day in revenue for his or her affiliated hospital. Rather than an expense, locum tenens physicians can be net revenue generators when they are filing a gap in the medical staff.

There are instances in which the benefits derived from locum tenens physicians will be non-financial in nature. Locum tenens physicians allow for continuity of care and the maintenance of services. The fundamental mission of hospitals and other health care organizations is to provide healthcare to their patient populations, a mission they cannot complete without the appropriate number and mix of physicians and other clinicians.

Another potential benefit of locum tenens that may offset costs occurs when healthcare facilities and physician practices “audition” their facilities and communities for locum tenens doctors. If the doctor likes what he or she sees, it is not unusual for locum tenens physicians to go from temp-to-perm, in which case staffing agencies charge a placement fee. The placement fee may be somewhat higher than would be charged by a physician recruiting company specializing in permanent physician placement. However, the chances of a lasting match may be greater when a locum tenens doctor is recruited to a permanent position since both the doctor and the facility have gotten to know one another during the locum tenens assignment.

With looming changes to medical reimbursement and the premium, health reform is placing on cost-effectiveness, the financial viability of clinical staffing will continue to be a top priority for hospitals, medical groups, and other organizations. By offering both value and quality of care benefits, locum tenens can be an important part of an overall staffing solution.