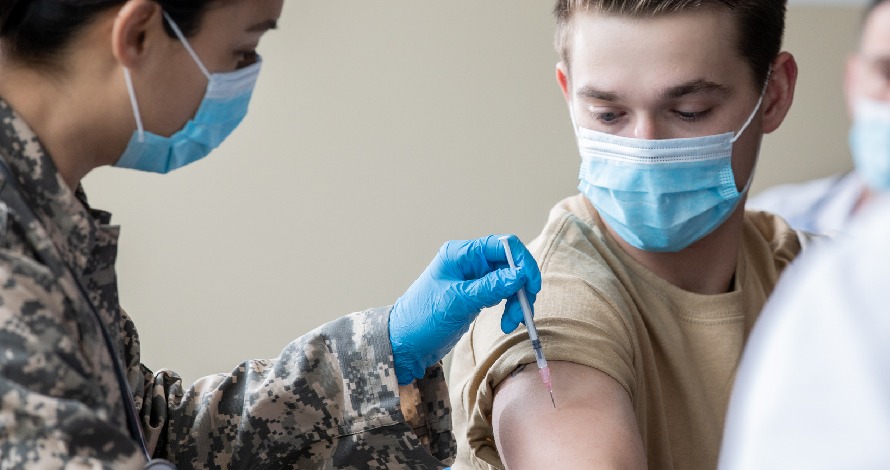 In addition to honoring the millions of nurses who work hard every day in the service of health, National Nurses Week also commemorates the birthday of Florence Nightingale. Nicknamed the “The Lady with the Lamp” during the Crimean War, Nurse Nightingale would tend the sick and wounded at all hours of the day and night.

Thus began the work of military nurses, who, since 1854, when Nightingale and a staff of volunteers first began tending to the war wounded, have saved the lives and brought healing and relief to millions of military personnel.

Many nurses have served in the military, and their stories deserve to be told.

One such story is about Myla Mason, who, in 1990, fresh out of nursing school, decided that a short stint in the service would not only allow her to put her nursing degree to work but also provide opportunities to see the world.

With tensions building in the Middle East, she was ready to serve her country if needed.

“The military really prepared me for my nursing career,” she said. “It’s a fast-paced environment that provides such a broad array of experience, and I think that, in some ways, it even prepared me for the work I do today.”

She was stationed at military bases around the world. She said that staffing was so thin because of overseas deployments that she was forced to grow in her profession, develop both self-confidence and nursing skills, adapt to new challenges and solve new problems.

She worked in units where she responded to a wide range of health conditions, from PTSD to childbirth. Her military career began as just a short stint, she thought, but stretched into 21 years.

And while she recognizes that her path may be different from others, she also maintains that “all nurses, no matter where their careers take them, share a need to be there for their patients. It’s just who we are.”

Myla now works as Clinical Director of Clinical Services at AMN Healthcare, using her experiences to help nurses achieve their goals as travel nurses. She equates the many locations where she worked during her long military and private career as her training ground for her position.

“I like to think I help nurses grow,” she said. “Helping them harness the immense benefits they’ll gain from travel nursing is part of my job. It’s about the interpersonal relationships they’ll gain, the new experience on new computer systems, new patient populations, and the overall satisfaction they’ll get from helping out in facilities that really need them. I encourage anyone who craves new experiences to give travel nursing a chance. I truly believe it will help them grow their skillset at any point in their career.”

As our conversation ended, I asked Myla what is the one piece of advice she would give to any nurse? Without hesitating, she responded, “be open to new situations and opportunities, and don’t hesitate to spread your wings.”