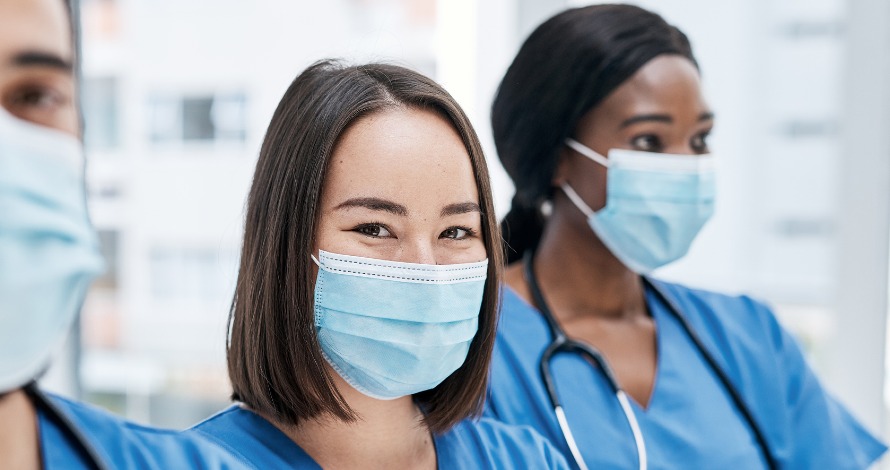 At a time when demand for nurses is rising due to our aging population needing more health services, and the ACA expanding coverage to millions of Americans, seasoned nurses are retiring, leaving difficult-to-fill positions vacant. Many hospitals are now solving this challenge by recruiting international nurses.

“West Texas is a difficult area to recruit; outside of the oil and gas industries, not many people want to move here,” said Cori Armstead, MSN, RN, CEN, vice president and chief nursing officer at Midland Memorial Hospital, who brought on 41 international nurses last summer as part of a long-term recruitment strategy. “We don’t have beaches and sand and water and lakes and trees. We’re West Texas. We had a number of positions we were unable to fill. Even with a good influx of newly graduated nurses, we were still lacking in experienced nurses.”

“They come with experience in a variety of acute-care settings,” said Hansen, who brings in international nurses as part of a multipronged strategy to keep the staffing pipeline going.

The demand for healthcare continues to increase. The U.S. Census shows a steady growth in the number of people age 65 and older, who have a much greater likelihood of chronic and complex health conditions, compared to the general population. On top of that, the ACA is expected to continue signing up more people for healthcare coverage through the end of the decade.

As the economy and consumer confidence grow stronger, experienced baby boomer nurses are working few hours and are expected to launch of wave of retirements in the near future, said Ron Seifert, Vice President with Hay Group, Inc., in Philadelphia. That leaves an experience void, which international nurses are well-suited to fill. Most arrive after practicing for 12 to 15 years as a bedside nurse.

“Bringing them on board was not to teach them about how to be a nurse, but rather how to be a nurse in our environment,” Armstead said. “That included teaching them about electronic health records (EHR) and the primary care model that Midland Memorial uses.”

Hansen added that physician-nurse communication is a prime example of cultural differences that must be learned by international nurses. In many other countries, nurses are used to following physician orders, rather than sharing their perspective or engaging in a discussion on patient care. In the United States, a partnership and engaged communication between nurses and doctors is expected.

Existing staff nurses typically welcome international nurses because they help lighten the workload. When new recruits arrived at Midland Memorial, the hospital celebrated, held dinners in their honor and offered networking opportunities for nurses to meet each other.

“We did not bring them in here and treat them as a temporary position,” Armstead said. “Their badges look like our full-time employees, and they have the same access to everything. They are integrated as part of our team.”

The same is true at McLane.

“The goal from the day they hit the ground is to treat them as our own employees and to hire every one of them,” Hansen said. “This is a permanent strategy to increase the experienced nurses.”

Hansen also emphasized the importance of educating both the newer international nurses and the existing staff about even slight cultural differences, such as eye contact. In many other countries, nurses avert their eyes as a show of respect, but here that can be viewed as a sign of dishonesty.

The nurses arrive from a variety of countries, including Jamaica, the United Kingdom, United Arab Emirates and Singapore. Sinead Carbery, Brand President for O’Grady Peyton International (USA), an AMN Healthcare company, explained that the immigration process can take years due to delays with immigration. But the company keeps recruiting and guiding nurses through the process, so it has nurses ready to relocate at the end of the immigration process when a hospital needs them.

The international nurses also bring their families. Their children go to local schools; their spouses work in the region. O’Grady Peyton assists with school information and enrollment, setting up housing and even securing spousal employment.

“They come here to start a new life,” Armstead said. “They move halfway around the world with two suitcases each. They make a huge investment in their lives to come here.”

Hansen said members of the local community accept the international nurses and respect their desire to create a better life for themselves and their families.

“What’s remarkable is their attitude,” Hansen said. “It’s a courageous thing they are doing. Their motivation is so pure, and they are so grateful to be here.”

Armstead agreed: “The nurses who have come on board are open and ecstatic about being here. They are very appreciative of things. It’s amazing their gratitude and how sweet and kind they are.”