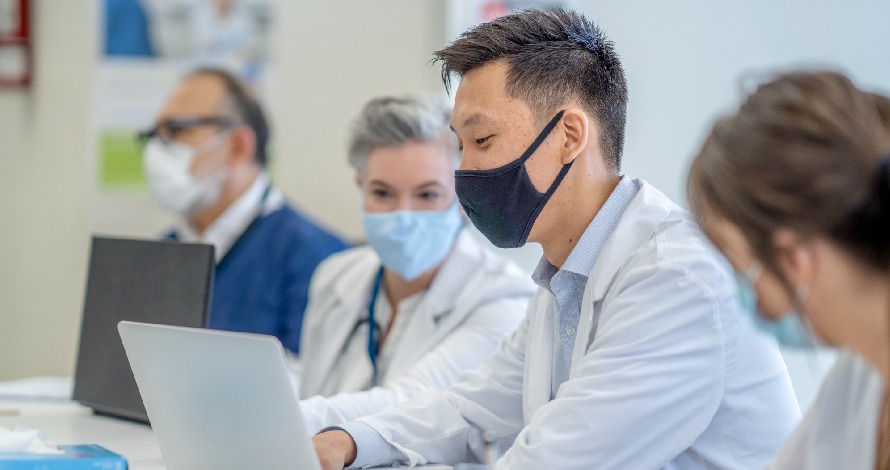 BSNs in the Nursing Workforce: How to Get from Here to 80% There

At last month’s American Organization for Nursing Leadership (AONL) meeting in Boston, there was a lot of discussion about the Institute of Medicine’s call for 80 percent BSN-prepared nurses by 2020 (from their 2010 “Future of Nursing” report), and one of the concurrent sessions took a closer look at this imperative.

Most of us can appreciate the importance of a better-educated nursing workforce, and may even support “BSN in 10” legislation, but what can we do while the various parties duke it out at the state and federal levels?

How can we get from our current level--around 40-50 percent of U.S. nurses with a bachelor’s degree or higher--to the 80 percent goal, all while dealing with faculty shortages, staff shortages, dated educational and hiring practices, and the difficulties that many nurses face in going back to school?

It won’t be easy, that’s for sure.

But the AONE session presenters from Virginia Commonwealth University Health System showed that employers can make some strides in getting their own nursing staff closer to the IOM goal. In their presentation, Deborah Zimmermann, VCU’s chief nursing officer and vice president of patient care services, and Jeannette Cain, RN liaison for VCU, touched on several important points:

1. Why BSN preparation is so important—for patients, nurses, and employers. Research by Linda Aiken and others has shown that as the level of education in the nursing staff goes up, patient mortality and error rates go down.  Researchers have also found that nurses with bachelor’s degrees or higher report higher satisfaction rates, lower stress and tend to stay in their jobs longer than other nurses, reducing turnover.

2. Data models show that employers can’t be soft on hiring practices.  The presenters had analyzed the data for three case studies extrapolated over a 10-year period, based on a health system with 1,500 RNs currently at 50 percent BSN rate: (1) In the first case, new hires were evenly split between new RNs (50 percent with BSNs) and experienced RNs (also 50 percent with BSNs), and new hires without BSNs were required to get their degrees within 10 years;  (2) in the second scenario, everything remained the same as in the first, except new hires without BSNs were required to complete their degrees in five years instead of 10; and (3) in the last scenario, all factors were the same as in the second case, except that all the new nurse hires (without experience) were required to have their BSNs.

Only in the third scenario could the health system exceed the 80 percent BSN completion rate for their nurses over a 10-year period.  The second scenario showed a completion rate closer to 75 percent, while the first didn’t even reach 60 percent.

3. Healthcare employers may need to make several changes.  In order to reach the goal of an 80 percent BSN-prepared workforce, hospitals and healthcare facilities will need to make some policy changes in regards to hiring, tuition assistance, contracts, and student affiliations.  They also need to work with their nursing staff and others to make it a seamless transition, offer onsite education, and eliminate barriers to nurses completing the new requirements.

4. You don’t have to wait to take action at the facility level.  VCU has already started making these changes in its own health system. As of January 1, 2012, they have instituted new policies: all new hires must be a graduate of an NLN-AC or CCNE accredited BSN program or agree to enroll in an accredited RN-BSN program with two years and graduate within five.

I, for one, will be interested to hear how their nursing staff changes over time, and how they deal with many challenges along the way to their goal.

What’s your experience?  Is your facility taking specific steps to achieve a higher level of BSN- prepared nurses?