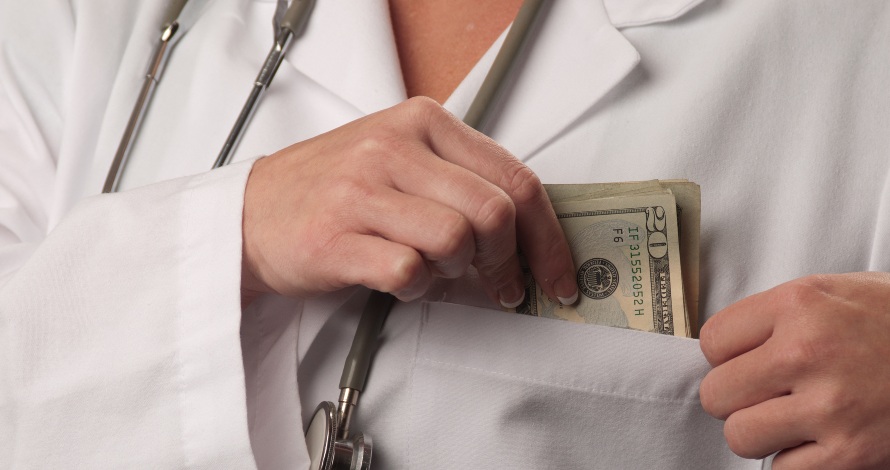 Physicians and dental specialists hold 9 of the 10 top spots on the U.S. Bureau of Labor Statistics (BLS) National Occupational Employment and Wage Estimates, with most of the healthcare professionals earning more in 2012 than in 2010.

“Salaries are up more than the average American salary and the primary driver is the change in practice,” said Michael Smith, MD, clinical medical editor of WebMD. “More doctors are leaving private practice, opting to work for hospitals and medical groups. There is also the improving economy, and more patients are getting certain elected surgeries, such as hip and knee replacements.”

Health systems are attracting physicians with the promise of higher pay, and more physicians are leaving solo practice and group practice because of lifestyle and partially because of pay, Smith added. For the first time ever, the 2013 Medscape Physician Compensation Report found employed physicians were making higher salaries than those in private practice. The salaries of employed physicians increased 13 percent over 2012. Risk also plays a role.

“The Lifestyle survey we did shows surgeons and OB/GYNs are at the top of the income range, but they also have a higher risk of being sued,” Smith said.

Anesthesiologists earned the most in the government study, a mean annual wage of $232,830 up from $220,100 in 2010; followed by surgeons, $230,540 up from $225,390; and obstetricians and gynecologists, $216,760 up from $210,340. The bureau calculates the estimates using data collected from employers in all industry sectors in metropolitan and nonmetropolitan areas in every state and the District of Columbia. It does not include self-employed individuals.

A closer look at physician salaries

The 2013 Medscape Physician Compensation Report, which compiled data from almost 22,000 U.S. physicians across 25 medical specialties, found some significant differences from the government data. For instance, it found anesthesiologists reported earning a mean of $337,000, significantly more than the government data. Medscape also found OB/GYNs earning more, reporting $242,000 for an annual mean.

However, for some specialties, the two are much closer, with the BLS reporting psychiatrists earning $177,520 and Medscape indicating $186,000. For internal medicine, the government estimates a mean annual wage of $191,520, while Medscape pegs it at $185,000.

The way the data is collected may contribute to the differences, with the government only reporting salaries of those employed and Medscape including all physicians. Additionally, some variance is attributable to the government grouping multiple specialties together, but Medscape reporting the salaries separately.

Just as the government data suggested physicians are earning more, Medscape’s results showed 23 or 25 specialties earning more money. Orthopedic surgeons reported the greatest increase, of 27 percent. Only oncologists, who have experienced a decrease in chemotherapy reimbursement, and endocrinologists did not report salary increases.

Again this year, Medscape found a large gap between what male and female physicians earn, with men earning 30 percent more than women overall but only 17 percent more in primary care.

“We are seeing a narrowing,” said Smith, explaining that more physicians are working standard hours for health systems. In the past, women physicians typically worked fewer hours than men. And more men are in the higher-paying specialties, such as orthopedics.

Medscape found physicians practicing in the north-central part of the country, which includes Iowa, Missouri, Kansas, Nebraska, South Dakota, and North Dakota, earned the most, and those in the Northeast, including New York and Massachusetts, the least.

“In the North Central region, where doctors make the most money, there is less managed care, fewer doctors, and a lower cost of doing business,” Smith explained. The opposite is true in the Northeast.

“The frustration with medical practice is on the rise, and half wouldn’t choose a medical career again,” Smith said. “While they might be making more money, they are not finding much satisfaction.”

BLS data for nurses and other healthcare workers

Healthcare and social assistance represented the industry sector with the largest employment in May 2012. Registered nurses and nursing assistants were the largest detailed occupations in this sector, with about 2.3 million and 1.3 million jobs, respectively. About 71 percent of RNs worked in hospitals, while nursing and residential care facilities employed nearly 63 percent of nursing assistants in the sector.

At the low end of the Labor Department’s rankings of 76 detailed health and health support positions, home health aides faired the worst, earning $21,800; followed by pharmacy aides, $23,460; and physical therapist aides, $25,410. Still none of them ranked as one of the 10 lowest-paid workers, who tended to work in food services, farming, recreation, and hair salons.