At a time where consumers readily check ratings and reviews about the vacuum they are thinking of purchasing or the restaurant they are considering dining in, it’s not surprising they also are beginning to peruse physician and hospital ratings and consumer reviews.

Robert Wah, MD, said quality and subjective measures are part of the information pool that patients will use to make decisions.

“I am a big believer in better information for better decisions in healthcare,” said Robert Wah, MD, chief medical officer for the CSC Global Healthcare organization, based in Falls Church, Va., and president-elect of the American Medical Association (AMA).

“We are seeing an explosion in the ratings out there, and people are getting more savvy about what they can rely on,” Wah added.

A variety of entities provide healthcare ratings, from Consumer Reports and The Leapfrog Group to Healthgrades and the Centers for Medicare & Medicaid Services (CMS), and Yelp and Angie’s List for consumer reviews.

“There are a lot of ratings out there in the marketplace,” said Erica Mobley, senior communications manager for The Leapfrog Group, a purchaser-driven organization advocating for improved safety and quality in hospitals. “Because they are measuring different things, they show different results.”

Mobley reports a significant increase in the number of consumers accessing The Leapfrog Group’s online data, from 100 daily when the organization first began posting the data to 500 daily now, with increases when new ratings and data is released.

“There is a big increase in the people coming to our site for our data, but there has also been an increase in other organizations using our data,” Mobley said. That includes insurers, such as Cigna and Aetna, which includes the ratings in its provider directory, and websites, including WedMD. Additionally, employers are encouraging staff members to use the data when selecting hospitals.

“The more people learn about what a big problem safety, is the more interested they are,” said Mobley, who reports hearing from patients who have used the data to decide on a hospital.

CMS does not collect demographics about visitors to its Hospital Compare website, but spokesperson Don McLeod reported an increase in volume in the months when the agency releases new numbers and spikes when the site is featured in the press.

“We know that from consumer testing, when patients see the information on the Compare websites, they like it and say they would use it to make a decision,” McLeod said. 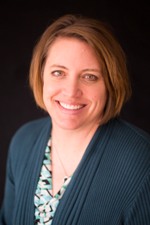 Sonja Baro said we need to raise awareness that comparison data exists and should be used to make healthcare decisions.

“Having information related to a physician’s experience, number of procedures completed, hospitals they are affiliated with along with the quality of those hospitals, and how others evaluate that physician and hospital will help patients find the right doctor to match what they value for their care,” Baro said.

A 2013 survey by Harris Interactive for Healthgrades found that if Americans knew they had access to data on quality information, 86 percent would choose providers with higher quality.  Yet, many reported they didn’t know the data was available.

Difficulties with the ratings and reviews

David Friend, MD, MBA, managing director with BDO Consulting in New York and a member of the firm’s healthcare practice, said all of the information can become too confusing, and it’s not easy enough to use. He expects CMS will transition to a five-star Hospital Compare rating, similar to what it uses for Nursing Home Compare.

“Something simple like the stars is needed,” Friend said.

Often little difference exists between the scores for two providers or institutions, making it difficult to meaningfully compare. A new study from Yale University in New Haven, Conn., found that hospitals within a referral region often had similar scores on the quality measure associated with reducing surgical site infections. The authors concluded that would make it different for patients to differentiate between hospitals based on that Surgical Care Improvement Project measure.

“It’s a testament to how well we’ve done in the medical education system, in that we produce a good product coming out of our medical schools,” Wah said. “It’s high quality and uniform, so the way which patients make choices about their physicians is down to subjective things.”

Those subjective things may include proximity to home or ease of parking, with patients convinced that all physicians are competent with a high level of quality, he explained.

The Healthgrades survey found most Americans reported the last time they picked a physician they were more concerned about the friendliness of the receptionist than the quality of the physician’s outcomes.

“Consumers have been trained to only consider if a care provider is on their insurance plan, nearby and has convenient appointments,” Baro added.  “But now that more Americans than ever are responsible for their own healthcare choices, that expectation will change to be more in line with other purchases.”

Wah also pointed out that direct comparisons by ratings are difficult because some providers and some institutions treat more complex cases.

Additionally, “healthcare is very personal, and it’s difficult to make quantitative decisions about healthcare,” Wah said. “That makes it different from other products.”

Some people are accessing sites, such as Yelp, where people write about their experiences. Friend said he thinks consumer-driven website reviews about providers will become even more popular.

“The big source feedback will become more important,” Friend said. “Customer experience is critical, and if you have 100 people who hate you, you are in trouble.”

He added that much of the patient satisfaction results from a happy, motivated workforce. People are also going to start looking at cost, he predicted, because they are paying for more of their health services.

“I think it’s going to be very healthy,” Friend said.

What patients want to know

A 2012 study from The Joint Commission found the top five things patients want from public reporting were disease-specific information, mortality rates, the number of patients cared for, hospital specialization and infection rates.

Mobley finds Leapfrog’s overall letter score most important to consumers. However, they are spending increasing amounts of time on the pages with more detailed information.

“People want to know ‘What’s going to happen to me in the hospital?’” Mobley said. “They are more interested in outcomes measures, than in CPOE, nursing workforce and other process measures.”

Consumers seem to gravitate to information they can understand, such as other patients’ experiences.

“Consumer testing has shown that patients like the Patient Experience of Care Survey (HCAHPS) because they can get a sense of what other patients’ experiences were,” McLeod said. “They also like information that they have heard about in the press, for example, infection rates.”

Just as a consumer in the market for a new car may look at a variety of sites while evaluating purchase options, Mobley said, they will also assess a variety of healthcare reporting sites before making a decision on where to go for care. She encourages them to then discuss the findings with their physician and not rely solely on ratings.

“No rating should stand alone,” Mobley said. “It should be accompanied by additional information so people can be as educated as possible before they entrust their lives to a hospital.”