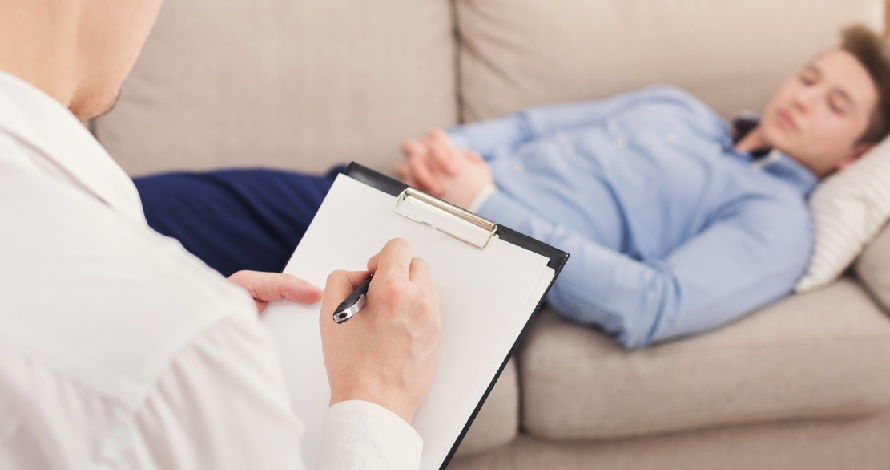 It's been well documented over the past few years that America is facing a severe shortage of mental health professionals — a shortage that many believe will become even more pronounced in the years to come.

"Meanwhile, a recent survey from the Association of American Medical Colleges found that almost 60% of psychiatrists are aged 55 or older," Block adds, while pointing out that the American population is growing (as are the ranks of the insured).

The conclusion regarding the ongoing shortage of psychiatrists and psychologists is all too clear: "The United States is currently facing a mental illness coverage crisis — one in which a large percentage of the population is suffering from mental illness, and current resources available drastically underserve those in need," conclude the authors of a 2015 Staff Care white paper.

"While mental health issues are not going away, psychiatrists are," the authors add, noting that this shift is "exacerbating a growing gap between supply and need for increased care."

Shortage Of Mental Health Professionals Affects All Ages, All Areas 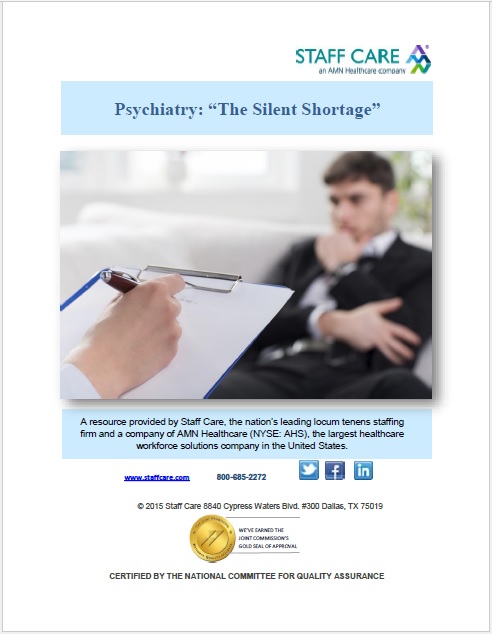 "I'm not aware of any part of the country where it is easy for our members to find psychiatrists," as Charles Ingoglia of the National Council for Behavioral Health, told the Associated Press in 2015 (via CBS News).

And that suggests not just a nationwide impact, but one that spans all age groups, too. In other words, the mental health shortage is also impacting pediatric care in a serious way. As the Washington Post noted in October 2016, "not a single state has what professional groups deem a sufficient number of child psychiatrists."

This "profound" shortage of child and adolescent psychiatrists translates into about one psychiatrist per 1,807 children in the United States, as the Dartmouth Institute's Scott Shipman told the Post.

And that's amid rising rates of depression among young people — up from 8.5 percent to 11.1 percent from 2011 to 2014, per the Post report, which adds that "80 percent of youth with severe depression receive no treatment or insufficient treatment."

It's clear from the Post article that rural areas are the hardest-hit, with some families struggling to find a psychiatrist within a 50-mile radius. To counter this particular challenge, some groups are advocating for the expansion of psychiatric services offered via telehealth.

There's another solution that's readily available to the nation's healthcare centers and clinics: Staffing locum tenens psychiatrists and psychologists — a particularly beneficial method of providing mental health care in rural areas where full-time practitioners may be more difficult to attract.

"We tend to do a lot of work in a rural setting," says Staff Care Divisional Vice President Jeff Waddill in a video discussing how locum tenens staffing can help healthcare employers and administrators meet the challenges associated with the shortage of mental health professionals.

"In behavioral health and psychiatry specifically, most of the assignments Staff Care works on tend to be longer-term assignments," Waddill adds. "These are assignments that can stretch from initially 30 to 60 days — we've had providers that have remained on an assignment for upwards to a year.

"And that's not uncommon, because, again, there's such a shortage of psychiatrists in the marketplace today. You've got more and more facilities that are trying to reach into that pool to grab onto and hold onto a psychiatrist.