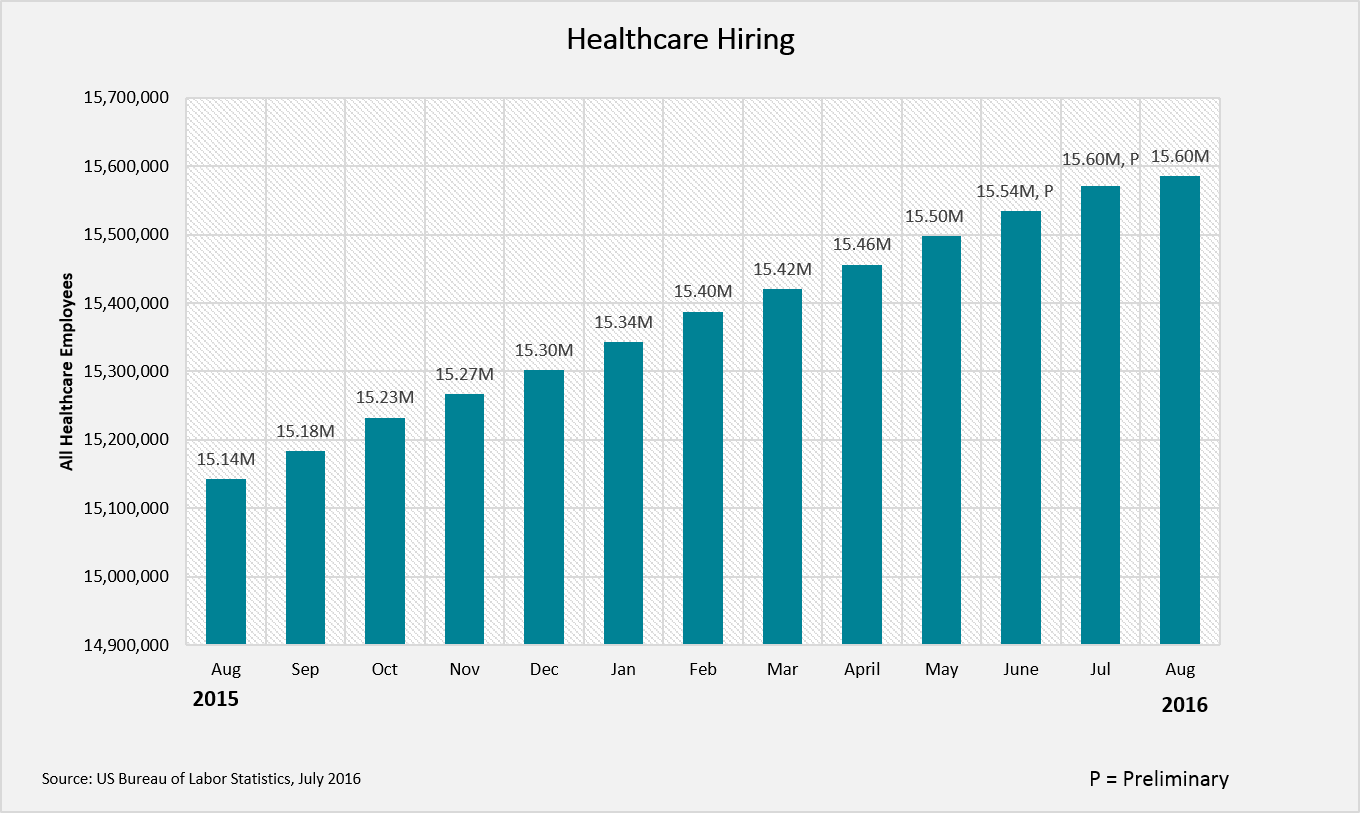 Over the past couple of years, healthcare jobs growth has been on fire. It’s become almost a standard occurrence for the industry to add 35,000, 40,000 or even 45,000 new jobs each month.

August was a slightly different story.

There was still employment growth in August. However, healthcare added just 14,400 jobs in August, according to preliminary data released at the beginning of September by the U.S. Bureau of Labor Statistics.

That’s a pretty significant dip in the number of new jobs, when you consider that the industry added about 45,300 jobs in July.