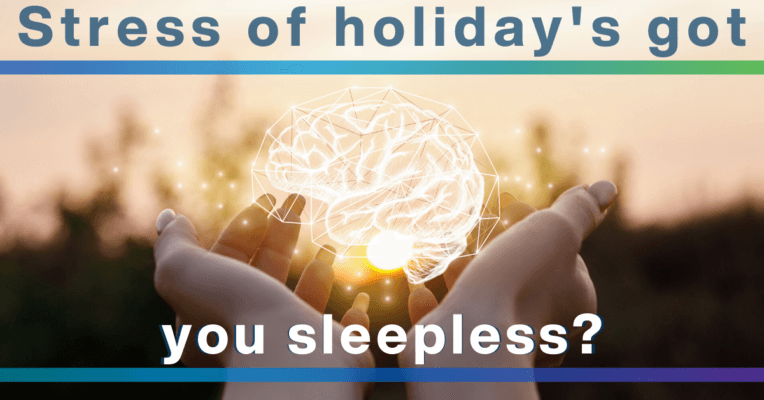 Stress of the Holidays Got You Sleepless?

The stress of the holidays can leave many of us missing some valuable Z’s.  Lack of sleep can have a serious impact on the quality of our lives. The holidays, though fun and exciting, can be a source of sleepless nights as our holiday “to-do” lists beckon us in our dreams. Let’s take a closer look at this “lack of sleep!”

In this article, we will discuss organic sleep disorders beginning with the most common one; insomnia. Insomnia is coded G47.0- and is a condition making getting to sleep and staying asleep difficult.  I suspect all of us struggle with this from time to time.  It is typically caused by stress, work schedules, or poor sleep hygiene.  The opposite of insomnia is hypersomnia which is too much sleep.  Code G47.1- identifies hypersomnia with or without long sleep time.  Long sleep time is defined as anything over 10 hours.  Some organic causes are substance or alcohol abuse, being overweight, or prescription drugs.

Sleep disorders caused by a disruption in the circadian rhythm are identified with G47.2- and include types such as delayed sleep phase, advanced sleep phase, irregular sleep wake, free running, jet lag, and shift work.  These disorders occur when the internal body clock gets out of rhythm with the light and dark cycles of the day.  Outside of the obvious causes for jet lag and work shift types, some organic causes could be Alzheimer’s, Parkinson’s, or a history of head trauma.

Often documented inpatient health records is sleep apnea which impacts roughly 22 million people in the United States.  Look for documentation of positive STOP-BANG which is a screening tool for obstructive sleep apnea. The STOP BANG questionnaire is a tool used to screen for obstructive sleep apnea (OSA). This tool assesses if you are in a low, moderate, or high-risk group for sleep apnea. This category is coded to G47.3- and includes not only obstructive sleep apnea but primary central sleep apnea, high altitude periodic breathing, and idiopathic sleep-related nonobstructive alveolar hypoventilation syndrome.  Primary central sleep apnea has characteristics of repeated stopping and starting of breathing during sleep because signals that control breathing are not being received by the appropriate muscles.  This type of sleep apnea can occur in patients who have heart failure, renal failure, and stroke.  Idiopathic sleep-related nonobstructive alveolar hypoventilation syndrome is characterized by decreased alveolar ventilation leading to nocturnal hypercapnia in patients without lung disease, obesity, skeletal malformation, or neuromuscular disorders to account for the hypoventilation.

Narcolepsy is another organic sleep disorder and is identified with and without cataplexy (G47.4-). Narcolepsy causes daytime drowsiness and sudden episodes of sleep having a serious impact on daily living.  Cataplexy is sudden loss of muscle tone triggered by strong emotions such as laughter or excitement.  Documentation within the health record may state type 1 narcolepsy which is with cataplexy or type 2 which is narcolepsy without cataplexy.

Parasomnias are a group of sleep disorders that involve abnormal movements, emotions, behaviors, and perceptions.  It is here where we find codes for confusional arousal causing symptoms of confusion, slow speech, and poor memory upon waking.  Another parasomnia is REM sleep behavior disorder characterized by such vivid dreams that undesired events occur such as shouting, swearing, punching, kicking, or jumping.  Other parasomnias can leave you paralyzed or unable to talk at the onset of sleep or upon waking. Parasomnias are coded to the G47.5- category.

The final organic sleep disorder category is sleep related movement disorders identified with G47.6-.  These movements involve periodic limb movement, sleep-related leg cramps, and sleep-related teeth grinding also known as bruxism.  Be careful not to confuse this with restless leg syndrome and pay attention to the excludes 2 note which directs us to also code this condition if it is present.

In closing, if you find yourself in the middle of Walmart gripping tightly onto a television set and you don’t know how you got there you may have just experienced a parasomnial event brought on by holiday stress. But don’t worry, the holidays don’t last forever! Merry Christmas everyone.