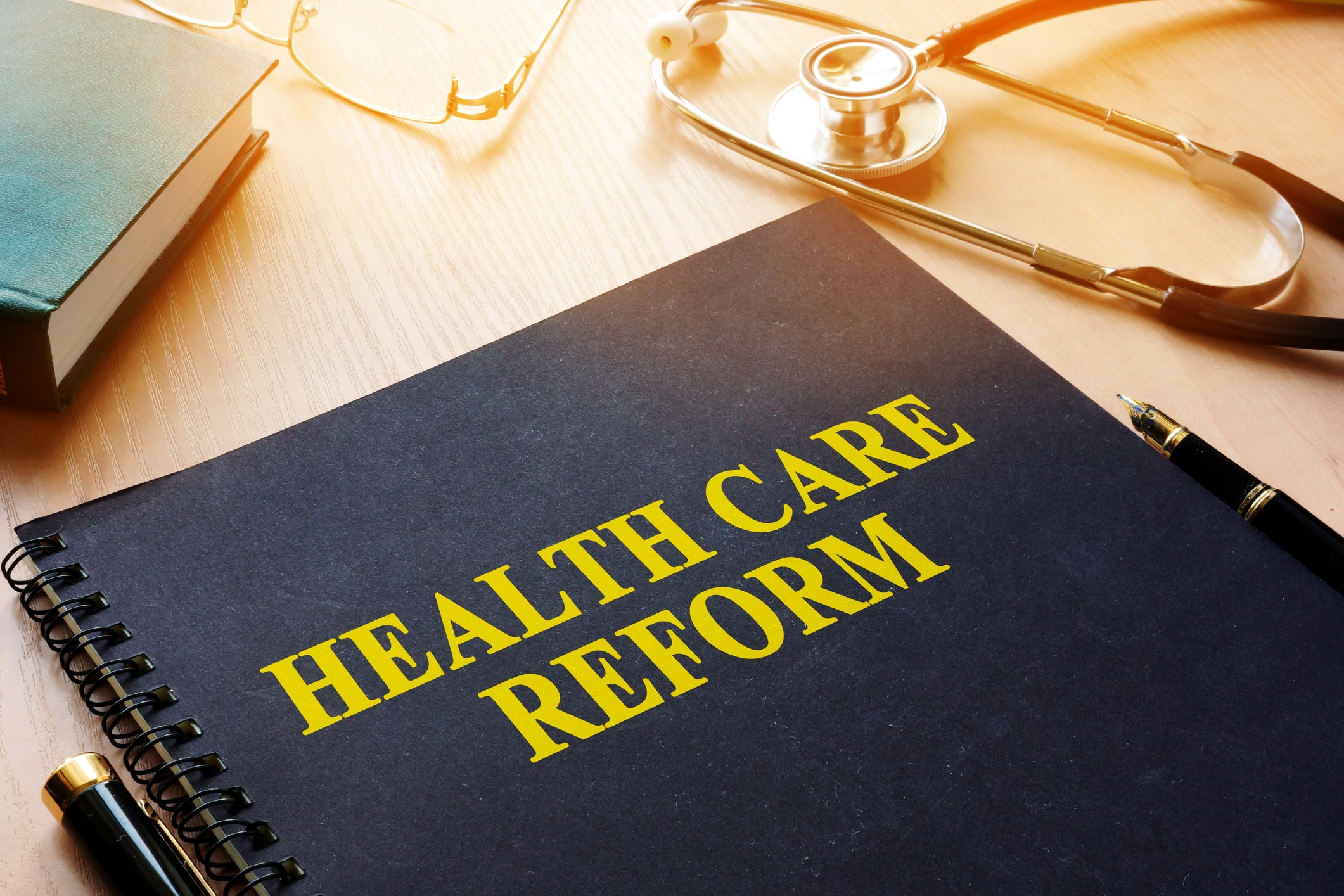 The start of a new year brings the healthcare industry closer to full implementation of the Affordable Care Act (ACA) and continued uncertainty about sequestration and its 2 percent reduction in Medicare reimbursement.

“[Healthcare reform] is a huge task for health systems, and any health system that is not working on it I predict will not be successful in achieving the goals of health reform,” said Andrew Agwunobi, MD, MBA, director of hospital performance improvement at Berkeley Research Group in Washington, D.C. “All health systems will see financial pressure, because reimbursement will be reduced.”

Jordan Battani, managing director of CSC’s Global Institute for Emerging Healthcare Practices, headquartered in Falls Church, Va., called it “a year of doom for U.S. healthcare.” Providers must tune up their ability to meet the challenges with new payment mechanisms while tackling electronic medical records and implementation of ICD-10.

“This is the year where providers have to do more, faster than they have in the past,” Battani said.

The law also represents a paradigm shift from a focus on disease to a healthcare system focused on wellness, health and prevention, said Rebecca M. Patton, MSN, RN, CNOR, FAAN, past president of the American Nurses Association and the Lucy Jo Atkinson Scholar in Perioperative Nursing at Case Western Reserve University Frances Payne Bolton School of Nursing in Cleveland.

Carly Stewart, MD, medical expert at Money Crashers Personal Finance, added that she agreed healthcare reform in 2013 will have a significant effect on hospitals and physicians. In addition, she pointed out the American Taxpayer Relief Act of 2012 — passed by Congress on January 1, 2013, and signed by Pres. Obama the next day to extend several tax cuts and help avert the so-called “fiscal cliff” — postponed the sustainable growth rate cuts to physicians, but “roughly $15 billion of the cost of this measure will be funded by hospitals in the form of reduced payments over the next decade.”

Congress may revisit those cuts, because hospitals are “up in arms,” said attorney Jodi B. Laurence, a founding partner of the Florida Health Law Center in Davie.

Also as part of the Relief Act, Congress “voted to delay sequestration for two months, meaning there is still a chance that it might occur,” Stewart said. “If it does, hospitals and physicians could lose more than $11 billion in Medicare payments in the first year alone, according to the Office of Management and Budget.”

Preparing for the future

“The health reform deadlines were aggressive when the Affordable Care Act was passed, and they are really aggressive now,” Battani said.

Some people held off preparing for implementation, waiting on the Supreme Court decision last year and the November 2012 elections, Battani said, but those providers and health systems must move forward.

“We are out of time; we have one year to get our hospitals in order,” Agwunobi said. “Health systems know they have to take the issue seriously and that means putting the focus and resources into what is going to happen in short order. The odds are against most of them being successful.”

More accountable care organizations (ACOs) will form, and more physicians will affiliate with hospitals as providers strive to meet goals for better coordination of care, said Susan Edwards, an attorney with Reed Smith in Washington, D.C.

“ACOs, if they take hold, will be one of the biggest aspects of the Affordable Care Act,” Edwards said. “This could transform care. That is the hope of policymakers.”

As of July, 153 organizations were participating as ACOs in the Medicare Shared Savings Program, and she said that more than 500 have applied. She expects the Centers for Medicare & Medicaid Services (CMS) will reject about 40 percent, based on prior rejection percentages. Even so, those new applicants will double the number of ACOs currently in existence.

The CMS Innovation Center is working on other initiatives to achieve savings and improve quality.

In 2013, a national bundled payment pilot program will begin, which will encourage hospitals, doctors, and other providers to work together to improve the coordination and quality of patient care. The participating providers will receive a flat rate per episode of care.

The ACA includes decreases of $400 billion in Medicare reimbursement to providers during a 10-year period, including a reduction in the growth of the Medicare update factor of more than $150 billion, based on expected savings health systems will experience with implementation of health reform, Agwunobi said. In addition, the ACA features lower payments for Medicare Advantage managed care programs and home healthcare services.

The government has already stopped paying for “never events” and penalizes hospitals with 30-day admission rates for three conditions that are higher than expected.

Agwunobi said hospitals will have to make margin on Medicare patients, but that will require a clinical redesign by reducing clinical variation and over-utilization.

At the same time health systems face reimbursement challenges, they must prepare for more patients accessing the system. The government estimates 32 million uninsured Americans will have increased access to affordable health coverage, many through health insurance exchanges, which must be in place this fall to start enrolling people for coverage as of January 1, 2014.

“The Affordable Care Act is making health insurance more of a direct-to-consumer business,” said Debbie Gordon, chief marketing officer and vice president of business development at Network Health, a nonprofit insurance plan in Medford, Mass. “As a result of federal reform, by 2014, 12 million consumers are expected to purchase their own health insurance via a health insurance exchange, and this number is expected to reach 28 million by 2019.”

Consumers will have new choices and more control of their health insurance decisions, and health plans will need to make greater efforts to educate them, so they make informed decisions, she added.

“[Health exchanges] are important for providers, because it is not clear how effective and functional the exchanges will be,” Battani said. “That’s going to determine how prepared the new consumers will be on the first of January. They will show up in provider settings, but they won’t have ID cards. There won’t be information from insurance companies about what their benefits are.”

Also, this population will need customer service support from providers, since they will not have much previous experience seeking care in appropriate settings.

“They will be unsophisticated users of the health system.” Battani said.

“It’s a matter of time before you start to see new positions created,” Patton said.

“A lot of patients who came to FQHCs will have choices, and there is some concern they will not choose to go to FQHCs,” Serota said. “For FQHCs, 2013 is an opportunity to up our game from being the provider of last resort to be the provider of choice.”

To cover more people, the ACA outlined a plan to expand Medicaid, but the Supreme Court decided that could not be a mandatory requirement, and expansion of Medicaid remains a point of contention in many states. Those states opting to keep the status quo, such as Florida, are putting their hospitals at risk.

Agwunobi expects many of the states on the fence will expand Medicaid and many that have boasted that they will not do so, ultimately, may change course. Health systems will not receive reimbursement for caring for many of the uninsured, who would have been covered if the states had signed on to the plan.

“In the end, the hospitals will get the brunt of it in Florida,” Laurence said.

Two key ACA Medicaid programs kick in this year. The law provides new funding to state Medicaid programs electing to cover preventive services for patients at little or no cost. It also increases Medicaid payments for primary care physicians to no less than 100 percent of the Medicare payment rates. The federal government will fully fund the increase, effective January 1, 2013.

Serota does not think the enhanced payment will encourage a lot of providers to accept Medicaid, because the Medicare payment is not great. Additionally, they will have difficulty referring patients to specialists, who will not receive the increased reimbursement and likely will continue not accepting Medicaid.

In 2013, the ACA also will provide states with two more years of Children’s Health Insurance Program (CHIP) funding, effective October 1, 2013, to continue coverage for children not eligible for Medicaid.

Providers and payers also must prepare for implementation of ICD-10, even though the Centers for Medicare & Medicaid Services pushed back the compliance date to 2014. Battani said providers must transform computer systems and work processes.

“It is a gigantic hurdle for payors and the providers,” Battani said. “There is a tremendous amount of work that needs to be done.”

Battani, looking toward lessons learned about health reform and the evolving market place, indicated the time to get moving is now.

“The longer you wait and see,” she said, “the bigger crunch you will be in.”