Everyone talks about transforming health care, but in the end, few organizations do anything about it. Virginia Mason Medical Center (VMMC) in Seattle is an exception. It has accomplished what few health systems have through thinking outside the box and adapting a tried-and-true production system from Japan that empowers all levels of staff to contribute ideas and make changes. 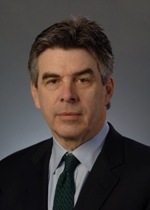 When writing the book, Charles Kenney found that nurses were an integral part of Virginia Mason’s positive change and transformation process.

The medical center’s journey of continual re-invention began in 2002, and its story is told in the newly published Transforming Health Care: Virginia Mason Medical Center’s Pursuit of the Perfect Patient Experience, published by CRC Press. The author, former Boston Globe reporter and editor Charles Kenney, has expertly chronicled the center’s adventure in a fashion that will hit home with nurses who work in both inpatient and outpatient settings. 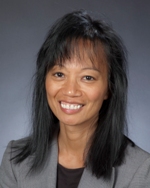 Rowena Ponischil, RN, MSN, said that Virginia Mason was open and accepting of any new ideas that helped improve outcomes.

Kenney interviewed dozens of executives, nurses, physicians and other employees for his story. One of those was Rowena Ponischil, RN, MSN, director of the center’s telemetry and intermediate care units, which has 47 beds. The veteran nurse had worked for two decades for another health care organization when she got the call in 2004 to come to Virginia Mason.

“I had started a few new things at my old organization but ran into a lot of barriers,” Ponischil explained. “It was the hospital culture; it was hard to make things happen.”

She discovered an entirely different mindset at Virginia Mason.

“Here they accept change as long as it works – as long as it improves patient care and outcomes,” Ponischil said. “There is a lot of tolerance here. There is a culture of innovation and accepting change and improving the work processes. I didn’t find that in my other organization.”

Any idea – however large or small – that can possibly improve quality of care, safety and efficiency are both encouraged and accepted by leaders and staff at Virginia Mason. The foundation of their philosophy is kaizen – the Japanese word for pursuing continuous, incremental improvement that increases quality of care and eliminates waste, inefficiency and inconsistencies that plague the delivery of health care.

The medical center borrowed the philosophy from the Toyota Production System (TPS), originally used in Japan to manufacture cars.

TPS empowers any employee at any time to stop the production line to prevent a defect. Under the Virginia Mason Production System, these “stoppages” are Patient Safety Alerts. Any staff member – nurse, physician, aide, janitor – can call an alert to avoid any possible danger or lethal problem.

“Since the program’s inception,” writes Kenney, “more than 15,000 Patient Safety Alerts have been called, resulting in countless cases where harm was prevented…Virginia Mason now has some of the lowest rates anywhere of central line infections, falls with injury, surgical site infections and ventilator-associated pneumonia.”

There have been other payoffs. The health system documented a 26 percent savings in liability insurance expenses between 2007 and 2008, and an additional 12 percent the next year.

“They found that nurses are the most important piece in this formula for success,” Kenney said in a phone interview from Boston. “Before, Virginia Mason was a very traditional place – hierarchical. Nurses were down the totem pole. In this new approach to improving care, they are an equal partner with the physicians and executives in examining how care is being administered. Before they weren’t asked; now they are.”

This change of culture didn’t happen overnight. It took some time, and one significant event, to gain the trust of employees before they were confident that administration would back them up when they called an alert.

Kenney relates the story of this “catalyst” in a segment he calls “A Nurse’s Courage.”

A medical center nurse refused to start chemotherapy on a cancer patient because the physician hadn’t followed protocol for the pre-chemotherapy tests. At first she thought it was an innocent oversight, and reminded the doctor of protocol. But when the doctor berated her, the nurse called the chief of cancer services, who then called the attending physician.

The chief made “a point to say the nurse was correct,” Kenney writes.
The doctor’s response was anger and he verbally abused the nurse on the phone. She again phoned the chief, who promptly called a Patient Safety Alert, saying the doctor had been abusive and unprofessional.

“The doctor was taken offline while the matter was investigated,” Kenney writes.

Word quickly spread about the support the nurse had received. She was thanked by administration executives and all staff members were encouraged to act similarly. The message was clear: administration would support anyone who acted in the best interest of patients.

Many changes also have been made in the physical environment that make nurses’ tasks easier and more efficient.

For instance, nurses once had to leave the bedside to search for supplies. Now the seven most used items are in bins on the wall in every room. Also, the staff discovered that assigning nurses to patients who are in geographical proximity increases the time spent at the bedside. Nurses also conduct shift-change reports at the patients’ bedsides instead of in a conference room.

Nurses at Virginia Mason once spent only 30 percent of their shift at the patient’s bedside; now they spend 90 percent.

Nurses who apply for jobs in Ponischil’s units learn during their interviews that kaizen is the guiding principle of patient care.

“I tell them up front what the Virginia Mason process means,” she said. “We want to be the best and the way you do that is innovation. If you don’t like that, this is not the place for to be, even though you’re competent. There have been a number of people who admitted that they would struggle in this environment.”

More often, however, “a lot of people want to get on the bandwagon,” Ponischil added.

According to Kenney, “hundreds of doctors, nurses, trustees, administrators and CEOs” from 31 countries and eight nations have come to Seattle to see Virginia Mason at work, and “the number of requests for visits continues to increase.”