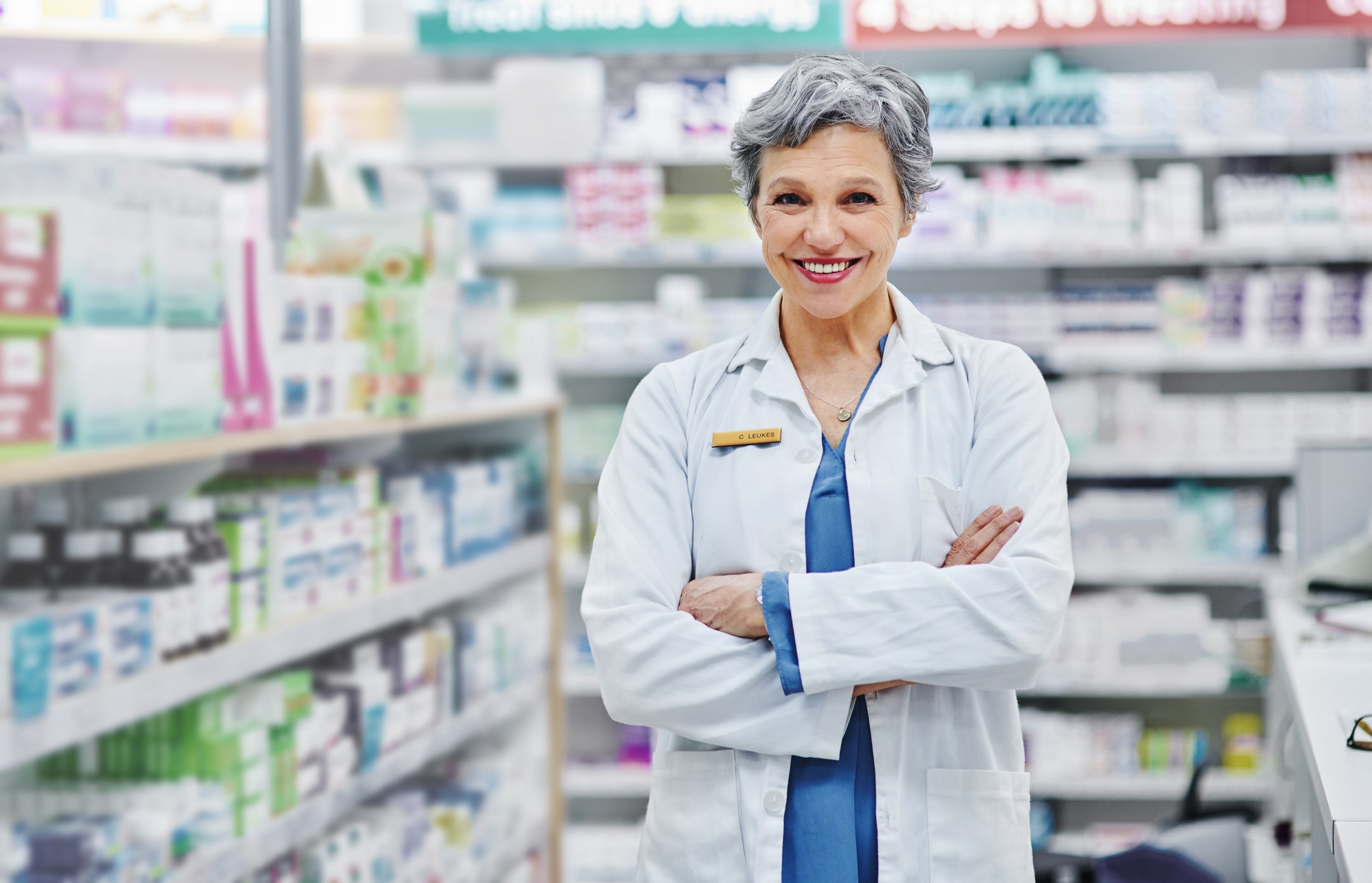 The role of the pharmacist is an evolving role, with great potential. But no one is yet certain how the future supply of pharmacists will stack up against the demand for their services.

The healthcare industry experienced a shortfall of pharmacists throughout most of the first decade of the twenty-first century that was similar to the nation’s well-documented nursing shortage. The shortage began around 1998 and continued until the economy began to nosedive in 2008. Then the situation took a different direction.

By 2009, when a task force began collecting and analyzing data for the 2009 National Pharmacist Workforce Survey, some pharmacists were beginning to have a little more difficulty finding a job. The unemployment rate was still relatively low but it was beginning to creep upward, noted Jon Schommer, Ph.D., the principal investigator for the Midwest Pharmacy Workforce Research Consortium, which prepared the report for the Pharmacy Manpower Project.

Experts agree that the declining economy definitely affected the trajectory of the pharmacy workforce. The Pharmacy Manpower report noted that many pharmacists who had been on the cusp of retirement chose to remain in their jobs, a phenomenon that also happened with nursing. So in 2009 the workforce experienced its highest level of actively practicing licensed pharmacists in almost a decade. By May 2009, there were approximately 270,000 pharmacists in the United States, according to the U. S. Bureau of Labor Statistics (BLS).

“We had expected this big group of pharmacists to be retired, but with the bad economy, they said, ‘I still like pharmacy as a profession, and I can still do it, so…,’” said Schommer.

“A lot of people who were going to retire probably stuck it out awhile longer,” agreed Anne Burns, senior vice president for professional affairs for the American Pharmacists Association. “As the economy starts to get better, will that change? I think that’s hard to know.”

The future is still uncertain. The state of the economy could still have a major impact, especially if the expected recovery is a jobless recovery as some workforce experts fear.

Although she monitors the trends in the pharmacist workforce, Katherine Knapp, Ph.D., the director for the Aggregate Demand Index project of the Pharmacy Manpower Project, was hesitant to make a prediction.

“I don’t think anyone can absolutely predict where it’s going to go,” she said. “There are so many unknowns that I’ve become very cautious.”

As a result of the changing workforce dynamics, some soon-to-be pharmacists are hoping to continue their training after graduation, rather than take their chances with an iffy job market. At the University of Minnesota, where Schommer is a professor, about 40 percent of the graduating class is applying for a spot in a residency program, although there is also a growing shortage of residency slots.

The effect of the expanded educational system

But it wasn’t always this way.

A BLS report noted that many employers had some trouble hiring and keeping enough pharmacists at least in part due to the limited capacity of the educational system. However, the number of pharmacy schools has increased substantially since the shortage began. The United States only had 72 schools of pharmacy prior to 1987, but in response to the shortage, many schools stepped up to increase the number of graduates and a number of new schools opened.

There are currently 115 schools of pharmacy that are accredited or in the accreditation process, according to the American Association of Colleges of Pharmacy. There are an additional nine schools with pre-candidate status.

But is it time to reconsider future increases in pharmacy school capacity? That was a question posed by a discussion paper co-authored by the American Pharmacists Association and the American Society of Health-System Pharmacists in November of 2010. The shortage that started in the late 1990s improved as the economy declined. Titled “Concerns about the Accelerating Expansion of Pharmacy Education: Time for Reconsideration,” the study asked if more expansion is really needed.

Perhaps not. “As the decade draws to a close, evidence demonstrates that the shortage is rapidly abating and in fact the profession is likely entering a period of surplus,” the co-authors wrote.

“Our general sense is that the economy has had an impact to some degree,” said Burns. “We know from talking to some big chains that they’ve tightened their belts a little bit over the last couple of years.”

That’s a different take on supply and demand than the BLS took in its 2010-2011 Occupational Outlook Handbook. In the handbook, the BLS predicted, “Job prospects are expected to be excellent over the 2008-2018 period…Job openings also will result from faster than average employment growth and from the need to replace workers who retire or leave the occupation for other reasons.”

And for many pharmacists, the future may include taking on part-time work. The 2009 National Pharmacist Workforce Survey found that “the prevalence of part-time work by actively practicing pharmacists has been an increasing trend since 2000.” As of 2008, about 19 percent worked part-time, according to the BLS.

The pharmacist’s job is one that is evolving, noted Burns.

“I think the thing for people to keep in mind is that the profession is transforming right now,” she said. “It’s moving to a more patient care type of role.”

Regardless of whether the supply outstrips the demand for pharmacists in the next decade, pharmacists plan to do the best possible job in providing care for patients. That dovetails with the simple mission statement set out by the Joint Commission of Pharmacy Practitioners in 2004: “Pharmacists will be the health care professionals responsible for providing patient care that ensures optimal medication therapy outcomes.”

And pharmacists say that they expect that pharmacists will be concentrating more on direct interaction with patients than ever before. Experts call it “coming out from behind the counter” and working with patients on medication therapy management.

That means that pharmacy technicians will become increasingly important in pharmacies.

Lisa Fowler, a pharmacist and the director of management and professional affairs for the National Community Pharmacists Association, knows what she’d like to see happening in pharmacies across the nation in five years or so.

“Pharmacists will be using technicians to the top of their ability,” she said. “They will be performing all of the technical functions of dispensing a prescription or preparing a prescription to be dispensed, and the pharmacist will be having a lot more interaction with patients and their healthcare providers.”

Ann Oberg, president of the American Association of Pharmacy Technicians, said she expects the job prospects for pharmacy technicians to experience growth in the future, as the baby boomers age and require more medications.

“That is going to necessitate more people working in the retail setting and more people working behind the counter—pharmacy technicians,” said Oberg, adding that many are taking on more administrative roles, assisting with purchasing, even communicating with insurance companies.

As of 2008, there were approximately 326,000 pharmacy technicians in the United States, according to data from the BLS, which also predicts that job growth for this field to “increase much faster than the average.”

Where the jobs are

For now, the majority of pharmacist jobs are in community settings. The BLS report noted that about 65 percent of the nation’s pharmacists worked in a retail setting in 2008.

“The community practice setting has always been where the majority of jobs are,” Fowler said. “And I would expect that that continues.”

Of course, those jobs could look a little bit different in the near future, thanks to technology, which is expected to shape the evolving role of pharmacists and pharmacy technicians.

“Pharmacists are being hired to do direct patient care in various settings, and some of it is starting to take place in virtual environments, so they can (do consultations) online or over the phone,” Schommer said.

Telepharmacy set-ups can allow patients to speak to a pharmacist who is not on site for medication information and counseling, while a technician fills the actual prescription. Schommer noted that more and more small towns in Minnesota are taking advantage of this type of system. One rural town even has its telepharmacy set-up in the back of a restaurant; the patients are able speak to the pharmacist via Skype or other technology from his office almost 20 miles away.

Regardless of where they practice in the future, Knapp expects that pharmacists will be increasingly involved in helping patients manage chronic diseases, often in ambulatory settings. The BLS confirmed that a growing number of people will need that type of care in the future as the population ages.