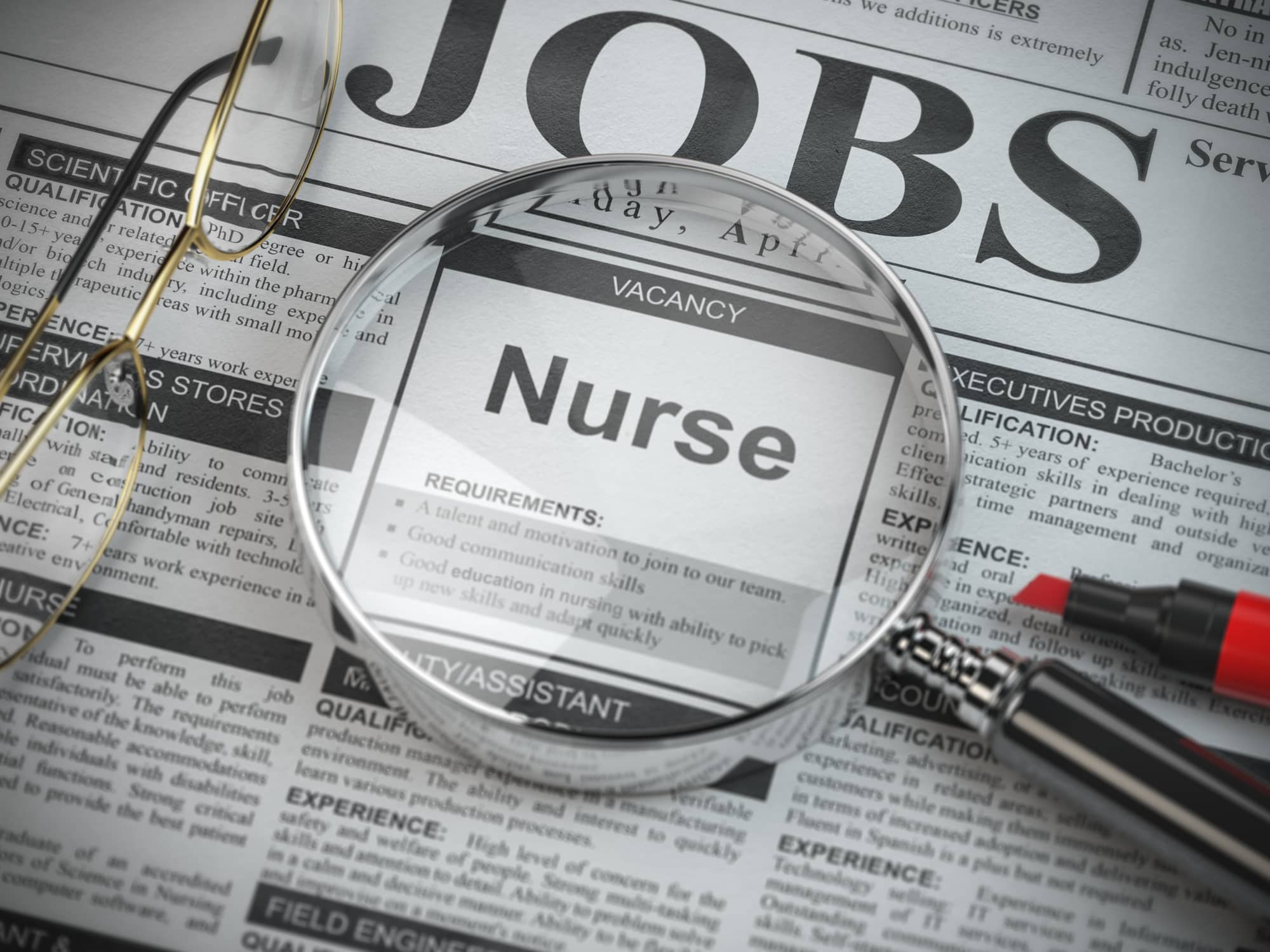 While many healthcare systems continue hiring, the many weeks it takes to fill key nursing and other clinical positions can negatively affect the organization and patient care, according to a recent nationwide survey conducted for CareerBuilder.

“There is a demand for clinicians, yet they are taking so long to fill the positions,” Lovelace said. “The thing that alarms me is they are being too selective, almost looking for that needle in a haystack.”

Fifty-nine percent of the 216 full-time, private-sector hiring managers and human resources professionals for healthcare employers surveyed by Harris Interactive for CareerBuilder, from May 14 through June 5, 2013, reported extended vacancies negatively affect their company, with lower morale due to staff being overworked the largest problem, at 36 percent.

“You would have to live under a rock not to realize the negative impact of prolonged vacancies, whether you are the nurse at the beside or the CEO,” said Rebecca M. Patton, MSN, RN, CNOR, FAAN, the Lucy Jo Atkinson Scholar in Perioperative Nursing at the Frances Payne Bolton School of Nursing at Case Western Reserve University in Cleveland, Ohio, and past president of the American Nurses Association (ANA). “It’s pretty well known what the impact is to the employer, the employee and the patient, yet we have this as a common practice throughout nursing and healthcare. It’s driven by the employer, and employers could clean this up tomorrow if they had the will.”

Patton added that some organizations are proactive and will start the hiring process immediately after an employee gives notice and empower managers to hire.

Healthcare remains an industry that continually needs workers, something Lovelace does not expect to change--due in part to the country’s aging population and the fact that more people will have access to care once they become insured as a result of the Affordable Care Act (ACA). While demand often outstrips the supply of skilled workers, other factors also come into play.

“Hospitals are holding back on hiring because of budget,” Patton said.

That is particularly true, she added when the institution experiences frequent census peaks and valleys.

Patton attributes the length of time it takes to fill positions to process problems associated with several issues, such as: (1) not starting the hiring process immediately after the nurse gives notice; (2) needing multiple approvals up the hiring chain of command; (3) needing greater screening of a potential employee’s cognition and physical endurance; and (4) trying to find someone who will make a good fit.

“It’s a process issue,” Patton said. “Then there is a philosophy in some organizations to manage the budget through vacancies.”

Sixty-five percent of employers surveyed for CareerBuilder reported nurse recruiting difficulties, with 24 percent indicating they need experienced nurses and 22 percent saying they need nurses trained in a specialized area. Nineteen percent thought their organizations were not able to offer competitive pay. Only 11 percent said they found a lack of graduates with nursing degrees.

“Healthcare institutions, hospitals, long-term care facilities are experiencing pressure to lower their costs, and training is a big cost,” Lovelace said. “If they don’t have the manpower and resources to train or don’t have the budget to train, they are looking for the perfect candidates, and that’s alarming.”

Even when no training opportunities exist, Lovelace said healthcare human resources managers are not using the data that exists online to find individuals with the required skills. “Try to find where they are, and then target those people, which becomes more efficient and lowers your time to fill,” Lovelace suggested.

In addition to using data, Lovelace recommended employers become more receptive to candidates who may not be the “ideal” candidate but are trainable and can be molded into what the position calls for. Healthcare recruiters also should build their “bench,” connecting with individuals that have the skills the organization will require, even if a current opening does not exist. They may work somewhere else in the industry or may be coming out of school with an advanced degree.

In a separate 2013 CareerBuilder Healthcare survey of more than 500 healthcare employers, conducted by ORC International, CareerBuilder learned that the greatest barriers to filling healthcare positions are a lack of experience among applicants, according to 47 percent of the respondents. Applicants having fewer than three years relevant experience was cited by 40 percent, not having the proper education or training by 39 percent, and applicants having poor communication skills by 38 percent. Thirty percent of employers noted that they lack the training resources to get inexperienced workers up to speed.

Hiring managers also cited applicants’ salary requirements were too high, 42 percent, and the applicants said work schedules and hours were not desirable, 38 percent.

“Candidates have to remember that sometimes you cannot be as selective as you wish,” Lovelace said. “Candidates need to be more open to some of the less desirable positions. They will get training and a skill set, and then you are in the organization.”

Alternately, employers need to remember that most healthcare workers are not in the field for the money, Lovelace said.

“Salary is important, but in healthcare, No 1. is having something to believe in,” Lovelace added. “Recruiters need to remember that when communicating with the ‘perfect candidate.’”