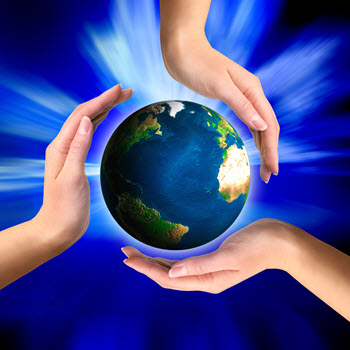 Nursing shortages are a serious problem in the United States, and the situation is expected to get worse. While the number of new U.S. graduates in nursing has increased over the past decade, it hasn’t kept pace with the increased demand for nurses coupled with the departure of older nurses from the profession. As a result, there is strong, renewed interest in bringing international nurses to the United States to help alleviate the growing workforce shortage. However, since 2007, visas have been largely unavailable for international nurses, especially from the Philippines and India.

“The time required to bring an international nurse from overseas is still taking anywhere from about 12 months to eight to ten years,” depending on where the nurse was born, according to Sinead Carbery, President of O’Grady Peyton International. The Savannah, Georgia-based firm, part of AMN Healthcare, recruits, screens, provides immigration and licensure assistance, and places international nurses in U.S. hospitals.

Nurses Compete with Other Professions for Visas

Immigration rules recognize the shortage of nurses and provide for expedited processing. But the visas that international nurses need do not reflect this priority. As a result, nurses must complete with all other skilled immigrants for a limited supply of visas each year. And that competition is further complicated by annual limits on visas from each country. Most international nurses enter through the immigrant visa program. The result is "green card" status that allows them and their immediate family members to be permanent U.S. residents and qualify for citizenship after five years. Nurses are in the employment-based category EB-3, in which they share about 40,000 visas annually with a wide variety of other professional, skilled and unskilled workers. A less common way to enter is the H-1B temporary worker category. This category also has annual limits on visas.

A big part of the problem is that a large portion of the international nurse supply comes from the Philippines, because its training system closely mirrors the United States, and because the Philippines produces many more nurses than it can employ at home, intending that the excess travel abroad to work. Before 2004, there was no shortage of EB-3 visas and nurses could come as soon as their cases were approved. When that changed in 2005, a legislative effort spearheaded by AMN and OGP obtained 50,000 visas for nurses that lasted through 2006. Since then, there have been changes in how nursing was prioritized, and today there is a long line of immigrants of all professions vying for a limited number of visas allotted to the Philippines. For a long time, this effectively shut down, and now seriously slows, the nurse pipeline. Immigration policy changes will require Congressional action, which does not appear likely in the near future.

“In 2007, nurses who had been able to get visas immediately, regardless of country of birth, fell back into the general EB-3 category, competing with all other skilled workers," Carbery said. “Effectively, between 2007 and 2011, there were no nurses coming in under the green card program."

The timing of this stall in nurse immigration was initially fortuitous, because the recession slowed demand for nurses.

“But as we emerged from the recession, demand picked up significantly,” Carbery said. “U.S. hospitals have had a renewed interest in international nurses especially in the last 18 months.”

Restarting the Pipeline is Slow

International nurses waiting in the visa pipeline tend to drop out over time. Life can intrude on a nurse's plans to move half-way around the world – typically through marriage, children and other commitments. “When a visa shortage lasts almost ten years as this one did, we lose half our recruits,” she said. In contrast, when the visa system moves smoothly, most of the nurses who apply will complete the process, she said.

A pool of trained and willing nurses available to alleviate a growing shortage awaits overseas. "Because OGP invested in maintaining its pipeline during the visa drought, we do have a current supply of international nurses for our client hospitals," Carbery added. “But we cannot fully meet the growing demand without more visas, especially for nurses from the Philippines." As a result AMN and OGP are again seeking Congressional action to unclog the international nursing pipeline, so that an important solution to the nursing shortage will be more available to the American healthcare system.