How Will the Federal Budget Affect the Healthcare Workforce?

While Pres. Obama’s proposed federal budget includes many provisions favorable to the healthcare workforce, it continues the downward pressure on healthcare costs, which could become problematic for people working in the industry.

The budget remains a proposal, the president’s blueprint. Congress also will prepare a budget and then will need to allocate the funds for each program. 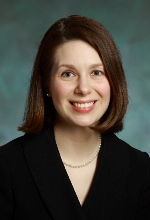 “They are simply recommendations,” said Suzanne Miyamoto, PhD, RN, director of government affairs and health policy at American Association of Colleges of Nursing in Washington, D.C. “There are opportunities to engage in this.”

The proposed federal budget includes $4 billion in 2015 to 2020 in expanded funding for the National Health Service Corps. Clinicians in the corps serve in high-need areas of the country, including rural communities and in federally funded health centers. For 2015, with an appropriation of $310 million, the president expects the corps to support a field strength of 15,000 healthcare professionals, up from about 2,900 in fiscal year 2013.

Currently, physical therapists are excluded from the corps, but the American Physical Therapy Association (APTA) continues to work to change that. 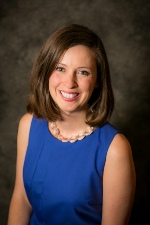 Mandy Frohlich is encouraged by a planned increase in spending for the National Health Services Corps and the elimination of physician self-referral for physical therapy under the in-house ancillary services exception to the Stark law.

“APTA has legislation in the House and Senate seeking inclusion of physical therapists in this program, so we see the president's recommendation as an opportunity,” said Mandy Frohlich, senior director of government affairs at APTA in Alexandria, Va.

However, the budget would cut Medicare Indirect Medical Education payments by 10 percent starting in 2015. 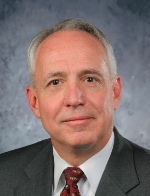 “America’s medical schools and teaching hospitals are deeply concerned about the president’s FY 2015 budget proposal,” said Darrell G. Kirch, MD, president and CEO of the Association of American Medical Colleges in Washington, D.C., in a statement. “At a time when the nation’s growing aging population is creating an urgent need for new physicians, this budget represents a nearly $15 billion reduction in payments to teaching hospitals for doctor training and complex patient care.”

The country also needs more nurses. The budget includes $223.8 million to develop the nation’s nursing workforce. This is the same level of funding as in the 2014 fiscal budget, something that concerns the American Association of Colleges of Nursing, the American Nurses Association and other members of the Nursing Community, a coalition of 60 national professional nursing associations.

Miyamoto, at AACN, explained the investment is not keeping up with inflation and is significantly lower than the $243 million allocated in 2010.

“We know the demand is there for more funding,” Miyamoto explained. “Nursing is the fastest growing profession.”

A 2013 AACN survey showed 75 percent of undergraduate students rely on federal loans to help with their nursing education, she said.

“The funding is targeted to high-end registered nurses, advanced practice nurse practitioners,” Lighty said. “There is positive funding, but it is targeted in ways that are inadequate to address the nursing shortage at the direct-care level.”

Members of the Nursing Community will ask Congress for $251 million in Title VIII funding. April Canter, associate director of government affairs at the American Nurses Association, explained that $251 million was the amount Pres. Obama proposed in the past two budgets.

“The need for more skilled nurses and loan repayment has not diminished,” Canter said.

At the same time the president wants to fund the above initiatives, he has proposed a $402 billion reduction through health reforms, including $354 billion in Medicare provider cuts and $7 billion in Medicaid savings. The budget proposal includes $5.4 billion for enhanced Medicaid reimbursements for primary care through 2015. Medicaid payments would not fall below Medicare rates through the end of December 2015. It also will expand eligibility for these reimbursements to mid-level providers but not to emergency department care.

While the American Hospital Association cannot forecast what these cuts might mean to its members’ workers, spokeswoman Marie Watteau said, “If hospitals reimbursements are drastically reduced so that the reimbursement does not actually cover the cost of the services, hospitals generally look first to whether and how they can be more efficient--how they can provide the same level of service with less.”

“If the efficiencies don’t bring their budget in line, they then look at other areas where they can cut back--perhaps cutting services, delaying purchase of equipment, delaying capital improvements, etc. One area hospitals might consider would include potential job loss. In general, labor comprises the largest segment of a hospital’s budget--roughly 70 percent. While most hospitals try to retain direct patient care services provided by nurses, severe reductions to reimbursement may force them to consider layoffs.”

If they cut too deeply, it will affect the nurse workforce, Lighty added.

APTA supports the administration's proposal on physician self-referral and believes this issue should be addressed as part of any fundamental delivery system reform.