The US Bureau of Labor Statistics delivers mountains of data on employment in the United States. Inside one of the smaller surveys within this federal agency, staff economists have exposed the magnitude of the growing crisis in healthcare talent acquisition and staffing that impacts almost every hospital, health system and other healthcare organization – today and in the future.

The BLS Job Openings and Labor Turnover Survey, also known as JOLTS, collects data from 16,000 business establishments in private and public sectors and reports on job openings, hires and separations. That sample size is smaller than other BLS employment surveys, but its granular detail provides a magnified picture of an industry’s employment situation. The depiction of healthcare industry employment is startling.

Healthcare job openings have been rising at an extraordinary rate since the end of the recession. JOLTS combines the healthcare sector with social assistance, but JOLTS economists say that the rise in job openings in this area is due to the healthcare industry.

In the same period of time, job hires have remained relatively static compared to openings. Job hires are measured on a monthly basis by JOLTS. Hires hit a low of 361,000 in January 2011, and a high of 573,000 in November 2016.

A comparison of job hires vs. job openings shows a widening gap of unfilled jobs, which is exactly the reality that HR and clinical managers at hospitals and other healthcare organizations are experiencing throughout the country. Although openings and hires measurements are slightly different (cumulative vs. monthly), the conclusion of a widening gap of unfilled jobs is valid because openings continue to grow. Openings are currently about twice as many as hires, a ratio that has been growing steadily.

The JOLTS economists say that healthcare is one of the few industries where openings have generally always outrun hires. However, never has the gap between hires and openings been as wide as it is today, with the prospect of continued widening in the future. 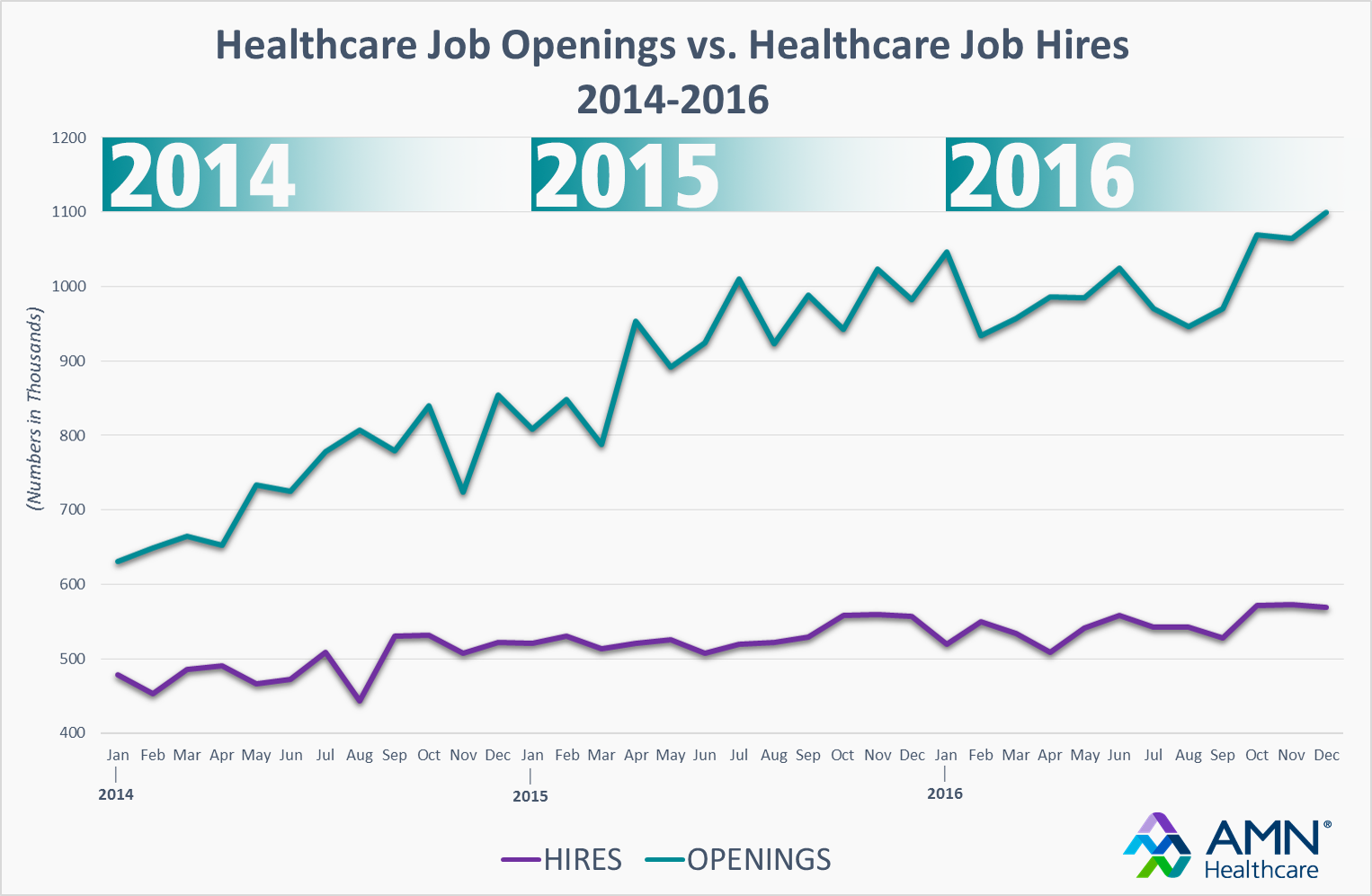