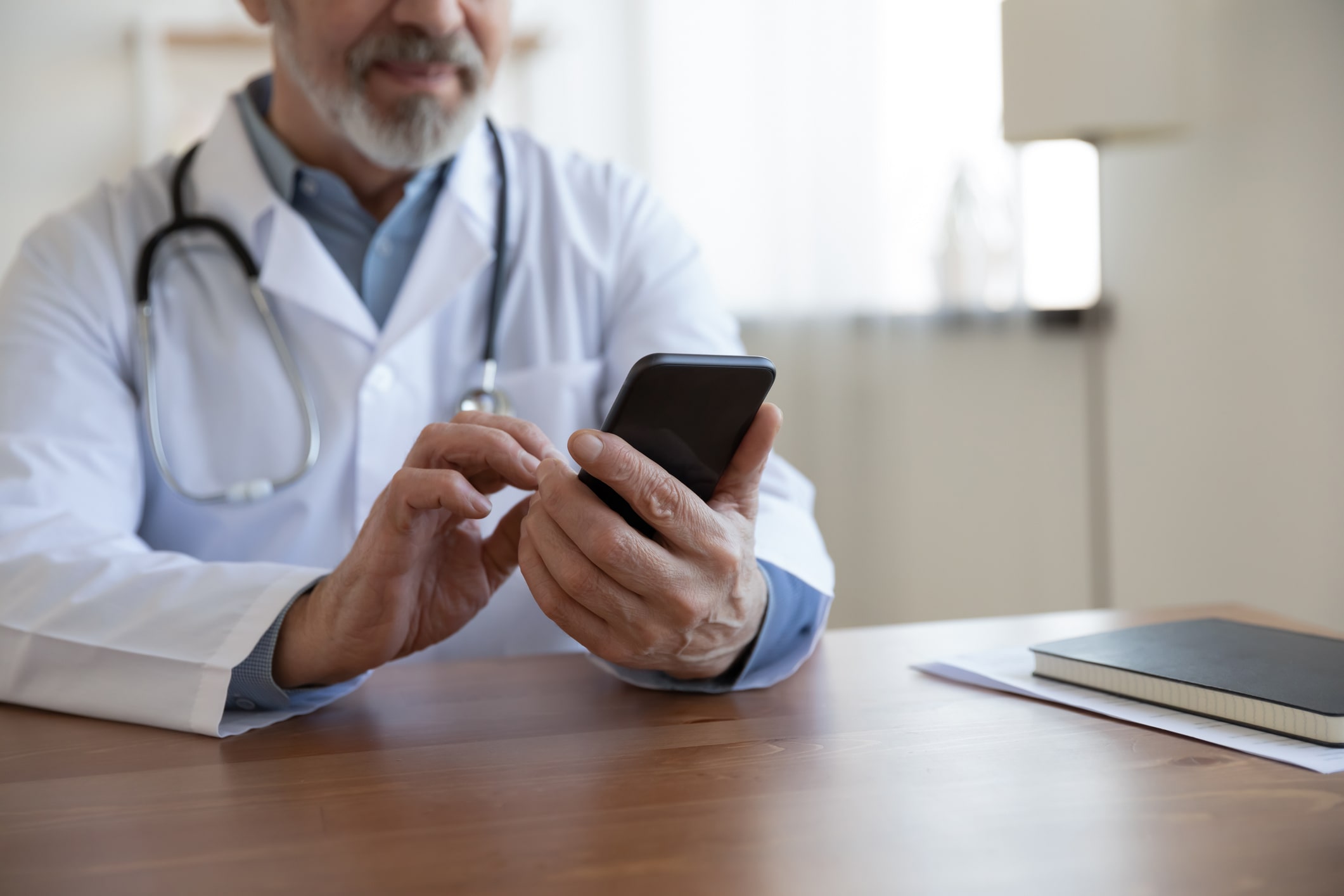 Do Not Disturb: Cutting Down on Interruptions for Doctors and Nurses

Call lights, phone calls, alarm bells, colleagues just wanting a minute of your time: interruptions have become a way of life for physicians and nurses on the front lines of healthcare delivery. Yet research shows interruptions can be dangerous. Several organizations have found ways to decrease the risk.

“Healthcare by definition is interruption driven,” says Vineet Arora, M.D., MAPP, assistant professor and assistant dean for scholarship and discovery at the Pritzker School of Medicine at the University of Chicago. “The culture of the way we communicate in healthcare is everything is urgent, and we often overuse that we need the information ‘stat.’”

Arora indicated that when healthcare workers are interrupted, they are taken off task and lose focus, which could lead to an error. Some interruptions are unavoidable.

“If a patient is decompensating and critically sick, you will want to be interrupted and go urgently to the bedside to evaluate that patient,” Arora said. “The question comes when there are interruptions that could be avoided.”

Two recent papers from Australia indicate interruptions are problematic for nurses and physicians. Johanna I. Westbrook, Ph.D., of the University of Sydney, Australia, and colleagues, observed nurses preparing and administering medications in six wards of two major teaching hospitals and physicians in the emergency department.

During the second study, Westbrook and colleagues observed 44 doctors working in the emergency department of a 400-bed metropolitan hospital and found that 11 percent of all physician tasks were interrupted and that the physician failed to return to the interrupted task 18.5 percent of the time.

“These two studies demonstrate that the uncontrolled and untrained use of interruptions in clinical practice is an expensive and dangerous strategy and emphasize the need to develop clinical processes that minimize unnecessary interruption,” Westbrook said in a written statement.

A review article published online in April by the Quality and Safety in Health Care peer-reviewed journal concluded that interruptions occur frequently and may be indicative of the need for constant communication and coordination in healthcare settings. Therefore, trying to eliminate all interruptions is unwise, the authors from the University of Wisconsin-Madison, said. However, they added that limiting interruptions during high-risk procedures may be warranted.

University of Chicago Medical Center residents may receive a page 50 or more times a night, Arora said. Some of those pages require immediate action while others--for instance requests to refill an order--could wait and lend themselves to alternative processes.

Proactive communication and planned meeting times can reduce interruptions, Arora said. For instance a nurse may hold off paging a doctor to renew a medication if he or she knows the physician will be on the unit at a set time. Pediatric nurses at the University of Chicago do not page residents when they know they are handing off patients to the incoming physician.

Arora also suggested creating redundancies with a team-based system, having residents cover for each other while one of the team members is completing a complex task.

“Multiple people can fill in and do the same job,” Arora said. “If you have a redundant system, everything is not resting on one person who is pulled in many directions.”

Westbrook and colleagues suggest using whiteboards to leave messages for nurses rather than distracting them, having nurses wear “do not disturb” vests when passing medications, and reconfiguring workspaces so nurses are not as accessible during key activities.

Tess Pape, Ph.D., RN, CNOR, an associate professor at Texas Woman’s University Denton College of Nursing, pioneered the use of checklists, sashes, quiet zones and education about not distracting nurses during medication administration in 2001 at a Texas hospital. She found nurses made 63 percent fewer errors using the protocol and checklist and 87 percent fewer errors when following the protocol and wearing the vest.

Clinicians at Kaiser Permanente aimed to decrease medication errors and as part of that initiative developed KP MedRite, a standardized, human-centered approach to medication administration. Nurses wear a vest or sash and stand in a protective space to indicate to other people on the unit that they are not to be interrupted while pulling and preparing meds.

“Decreasing interruptions is important, because it allows the nurse to stay focused on the activity they are currently engaged in,” said Scott Heisler, RN, MBA, an innovation specialist with the Innovation Consultancy at Kaiser Permanente. “When a nurse gets distracted, they are put in a dangerous position and potentially could do harm.”

Kaiser Permanente found a decrease in medication errors while piloting the program, but the Innovation Consultancy is no longer measuring the results of KP MedRite.

“Putting on the sash denotes they are engaged in an important activity that requires focus, and they don’t want to be disturbed. But then people and the person wearing the sash need to enforce it,” Heisler said.

The nurses also follow an established protocol to check for the “five rights” and to discuss the medications with patients.

South Jersey Hospital established a streamlined protocol with Omnicell Anywhere RN. Nurses can review and issue a patient’s medication from any computer on the unit then pick up the drug from an Omnicell dispenser in a special room. A red zone around the dispensing machine designates the space. Fellow nurses, physicians and other members of the health care team know they are not to talk to a nurse in the red zone.

The hospital has noted more than 60 percent of the nursing staff reported that their medication administration efficiency has increased as a result of the Anywhere RN program. Accordino said she could not release medication error data.

Arora suggested smartphones and other technology may help healthcare systems decrease the amount of non-urgent communications. She found text messaging cuts down on telephone paging.

“It’s a brief interruption, and you don’t have to stop what you are doing completely,” Arora said.

The Voalte One, developed by Trey Lauderdale, offers a unified communications system that enables phone calls, text messages and alarm alerts to pass to special nurse smartphones. Different ring tones denote text messages used for non-urgent communication. Nurses can continue what they are doing and check the text later. Similarly, alarm alerts are programmed with various ring tones, so the nurse knows if he or she must respond immediately or has a few minutes to finish the task at hand.

“We enable nurses to better prioritize their time and have fewer interruptions,” says Lauderdale, Voalte vice president of innovation and company founder in Sarasota, Fla. “We are at the very beginning of what technology can do. During the next three to five years, the technology will explode, and the functionality will be unbelievable.”