Nurses impaired by fatigue and an inability to recover between shifts report more concern that they made a wrong decision about a patient’s care than other nurses, according to a new study. 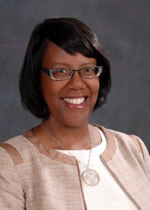 “Fatigued and sleep-deprived critical care nurses put their patients and themselves at serious risk,” said Linda D. Scott, RN, PhD, NEA-BC, FAAN, associate dean for academic affairs and an associate professor at the University of Illinois at Chicago College of Nursing. “Proactive intervention is required to ensure that critical care nurses are fit for duty and can make decisions that are critical for patients’ safety.”

The researchers analyzed information from 546 members of the American Association of Critical-Care Nurses who responded to a survey sent to 3,500 randomly selected RN members of the organization. Twenty-nine percent of the respondents said they had experienced decision regret.

“The fact a substantial proportion of nurses were willing to admit on paper they are regretting a decision they made is probably an iceberg effect, and there are probably more nurses who do not admit it,” said Jeanne M. Geiger-Brown, PhD, RN, FAAN, associate professor at the University of Maryland School of Nursing in Baltimore. Geiger-Brown has extensively studied the association between fatigue and long shifts and nurse performance, including a study that found registered nurses’ neurobehavioral functioning, including reaction time, declined as they work additional 12-hour shifts. 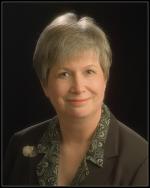 Decision regret is a negative cognitive emotion that occurs when an actual outcome differs from the desired or expected outcome. For nurses, it reflects concerns that the wrong decision may have been made regarding patient care.

“Decision regret can contribute to career dissatisfaction, moral distress, turnover, especially attrition of experienced nurses,” Scott said. “In addition, as nurses perseverate over decisions, they may become distracted and unable to make timely and accurate clinical judgments. The more they hesitate and doubt themselves, the more potential there is to have greater adverse impact on patient care.”

Although fatigued nurses on other units also may experience decision regret, this study focused on critical care nurses. Scott pointed out that while 5 million patients admitted to critical care units (CCUs) annually experience at least one preventable adverse event, adverse drug events are twice as high in the CCU as in other settings, and 19 percent of medication errors in CCUs are potentially life threatening.

“Fatigue is indeed a universal problem,” Scott said. “It is even more of an issue when caring for seriously/critically ill patients who are more vulnerable and less resilient to mishaps.  There are also more competing demands and complex care needs that require alert, vigilant nurses in critical care environments.”

Nurses who worked 12-hour shifts, male nurses and those with lower levels of satisfaction with their clinical decisions were more likely to report decision regret. 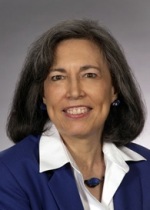 Ann E. Rogers, PhD, RN, FAAN, said that the body of evidence about the problem of nurse fatigue and patient safety is “piling up.”

“We’ve seen problems with [12-hour shifts] before,” said Ann E. Rogers, PhD, RN, FAAN, a professor and director of graduate studies at Nell Hodgson Woodruff School of Nursing at Emory University in Atlanta, another nursing-fatigue expert, whose landmark 2004 study found that the chance of making an error significantly increased for nurses working longer than 12 hours or during overtime.

“Cognitive capacity is challenged when individuals have been awake for long periods of time,” Scott said. “The longer people are awake, the more apt they are to be fatigued and mentally taxed.”

Most of the RN respondents indicated they experience moderately high fatigue, significant sleep deprivation and daytime sleepiness, all of which affect their ability to be alert, vigilant and safe. The nurses also were not likely to sufficiently recover from their fatigue-related states during non-work periods.

“This is a very important study, a well-conducted study, and the measures were thoughtfully applied,” Geiger-Brown said.

Scott and colleagues suggested that the study has implications for both nurses and employers.

“System-wide change across the health care landscape is needed,” Scott said. “We as a profession or society can no longer ignore nurse, and other health care provider, fatigue in health care.”

The American Nurses Association has convened a professional issues panel to address nurse fatigue. It will conduct deliberations through February 2014.

What nurses can do

Nurses must practice good sleep hygiene and avoid longer shifts, excessive shifts and shifts that interfere with circadian sleep cycles and the ability to recover between shifts, the study authors said.

Those guidelines may prove very difficult for many nurses. Geiger-Brown indicated 12-hour shifts are “incompatible with getting enough sleep.”

Rogers explained that prior studies have shown nurses rarely leave the unit on time, typically, extending the shift by 55 minutes. The average commute is 25 minutes. Combined, these decrease the amount of time to attend to family, eating and other commitments to 10 hours per day.

“It would be hard for that nurse to spend eight hours of that time sleeping,” Rogers said. “Nurses need to get more sleep.”

Most of the nurses in the Scott study reported poor sleep quality.

Nurses must ensure they are not pushing themselves beyond their limits, Geiger-Brown suggested.

Scott advises nurses not to “be reluctant to ask for help or to let others know that they are fatigue/sleep-impaired and to be alert enough to gather accurate data and use good problem-solving algorithms.”

What management can do

“This study [from Scott] contributes to a building body of evidence that shows we need to stop talking about this and do something,” Geiger-Brown continued. “Nurse administrators have to stop giving lip-service to evidence-based practice but ignoring it when it is inconvenient to them.”

Scott and colleagues concluded that the “link between nurse fatigue and decision regret adds to the body of evidence that supports the need for appropriate staffing to ensure the use of fatigue management strategies to promote both patient safety and a healthy work environment.”

Geiger-Brown and Rogers have long advocated for shorter shifts.

Yet because 12-hour shifts are popular with managers as well as nurses, because they can enjoy more time off, changing the status quo will be difficult. But it is possible.

“It points to the idea that nurse administrators should take leadership on this problem,” Geiger-Brown concluded. “The evidence is clear, and they need to move on it.”