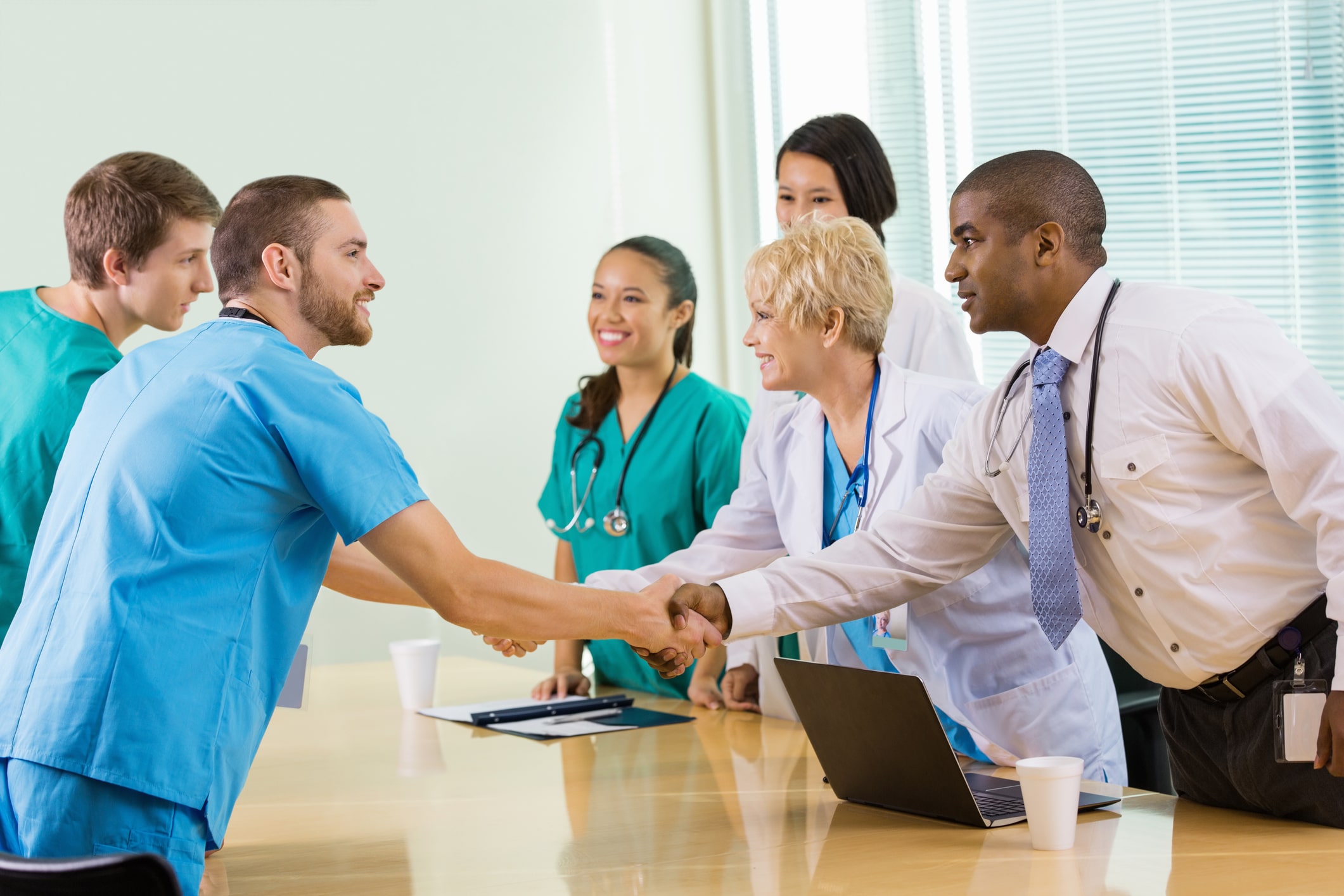 Finding a job is not the challenge for newly trained physicians, a new survey suggests. Choosing from among dozens or even over 100 job options is.

Conducted by Merritt Hawkins, a national physician search firm and a company of AMN Healthcare, the survey examines the career choices, plans and expectations of physicians in their final year of residency training. Two-thirds (66%) said they received 51 or more job solicitations during their training, while 45% received 100 or more.

“Physicians coming out of training are being recruited like blue chip athletes,” said Travis Singleton, executive vice president of Merritt Hawkins. “There are simply not enough new doctors to go around.”

Both physicians who are completing training in primary care and those in specialty areas are on the receiving end of dozens of recruitment offers, according to the survey. Sixty-nine percent of primary care final-year medical residents said they received 51 or more recruiting offers during their training, as did 69% of internal medicine subspecialists and 64% of surgical specialists. This belies the common perception that physician shortages are confined to primary care, according to Singleton.

“We need more primary care physicians to implement emerging healthcare delivery models that are based on enhanced access, prevention and quality,” Singleton said. “But we also need more specialists to care for America’s rapidly aging population.”

To support this view, Singleton points to an April, 2019 study by the Association of American Medical Colleges (AAMC). The study projects a shortage of approximately 122,000 physicians by 2032, including over 55,000 too few primary care physicians and approximately 66,000 too few specialists. The supply of new physicians is not keeping up with demand, due in part to the 1997 cap Congress imposed on federal spending used to train doctors, Singleton said.

“The days of new doctors hanging out a shingle in an independent solo practice are over,” Singleton said. “Most new doctors prefer to be employed rather than deal with the financial uncertainty and time demands of private practice.”

A Difference in Debt

The majority of final-year medical residents (51%) said they owe $150,000 or more in student loans. IMGs, however, owe considerably less than do U.S. medical school graduates. The majority of IMGs (58%) said they have no student debt, compared to only 22% of U.S. graduates. While close to half of U.S. graduates (48%) owe $200,000 or more in student loans, only 25% of IMGs owe that amount, reflecting the high cost of medical education in the United States compared to other countries.

Despite a favorable job market, some new doctors are unhappy about their choice of a profession, the survey indicates. Almost one in five (19%) said they would not choose medicine as a career if they had their education to do over. Among U.S. medical graduates, the number was 21%, compared to only 13% for IMGs, who appear relatively happier than U.S. medical school graduates about their career path.

“With high levels of physician burnout and continued uncertainty about the direction of the healthcare system, many doctors are under duress today,” Singleton said. “It is not surprising that some newly trained doctors regret their choice of a career.” 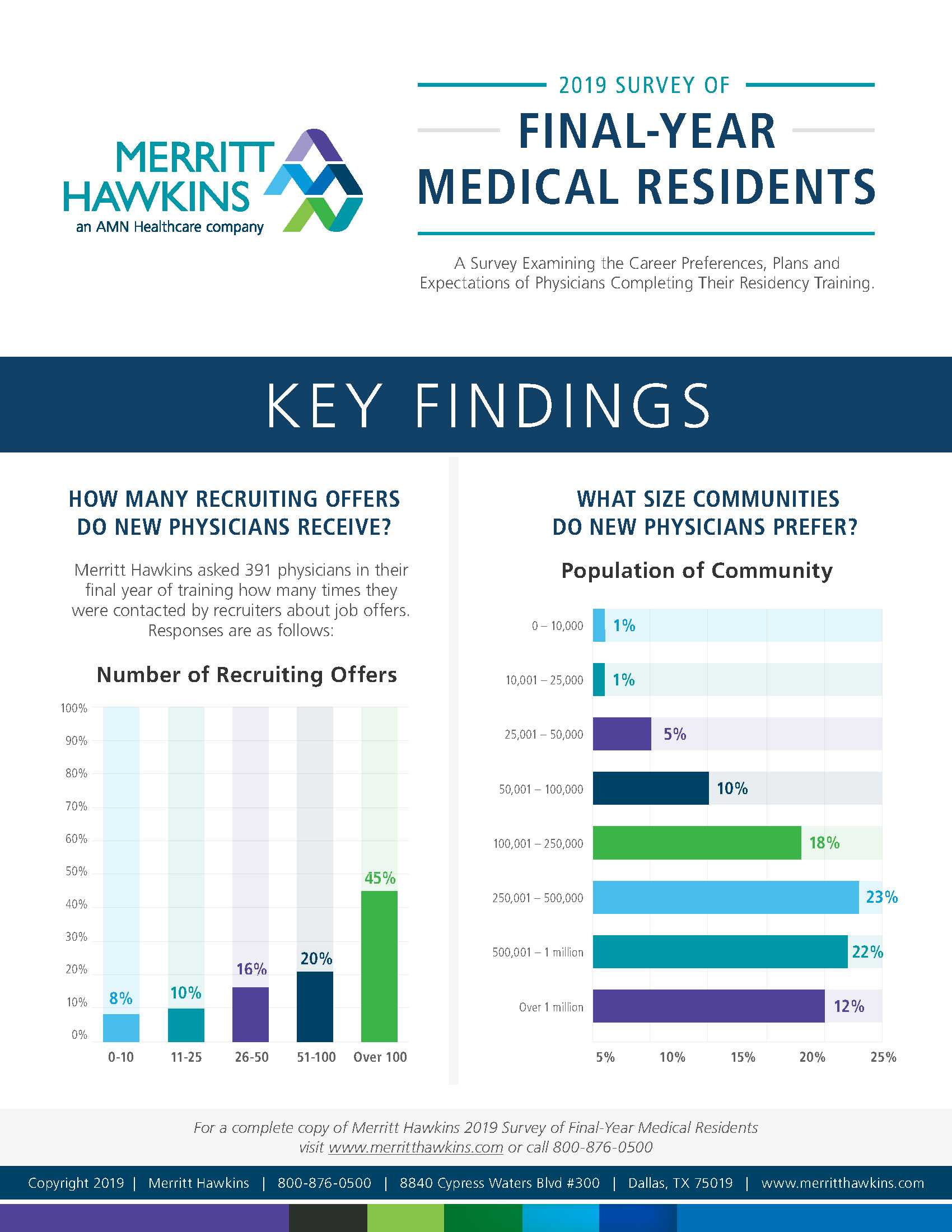