Philosophers and psychologists will tell us that perception is reality.  While we can argue facts, we can’t really tell someone that his or her perception is wrong--and that goes for our patients, too.  Some will worry no matter what, but a new survey points out that the majority of patients are genuinely concerned about healthcare professionals making a mistake in their care.

Do they have cause for concern? They seem to think so, according to a new survey conducted by Wolters Kluwer Health.

Nearly one-third of the Americans surveyed indicated that they, a family member or a friend had experienced a medical mistake, such as being given the wrong medication or treatment, and 20 percent felt the doctor had misdiagnosed their condition. Whether they thought they were on the receiving end of an error or not, 73 percent said they were concerned about errors, with 45 percent indicating they were very concerned. Women were more worried than men.

For the survey, pollsters canvassed 1,000 U.S. consumers, age 18 and older, about their perceptions related to medical mistakes. 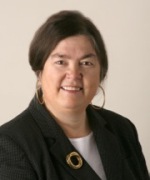 Wendie A. Howland, MN, RN-BC, CRRN, CCM, CNLCP, LNCC, principal of Howland Health Consulting in Pocasset, Mass., cautioned that when a question begins with “Do you, a family member or a friend … ,” the possibility exists that more than one person may report the same incident.

“Self-reporting studies are among the least reliable,” Howland said.

In addition she pointed out that the study did not indicate how the respondents knew they were misdiagnosed.

“I can't tell you how many people use the A-number-1 method of coping with an unwelcome diagnosis, that being denial,” Howland said. “Since a good number of them proceed to do nothing or, worse, to do something ineffective or actually harmful, this rarely works out well. This would obviously skew that statistic.”

However, the consumers may not be that far off. A 2011 study led by David C. Classen, MD, an associate professor of medicine at the University of Utah in Salt Lake City, found that adverse events, including medication errors, surgical mistakes, falls and other complications, occurred in 33.2 percent of hospital admissions, and some patients experienced more than one adverse event. 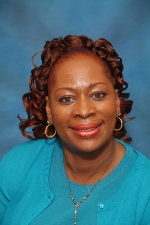 “The possibly for errors exists, but we as nurses and physicians must think critically,” said Michele Roberts, RN, a nurse manager at Downstate Long Island College Hospital in Brooklyn, N.Y. “Nurses need to know the ‘Five Rights’ and triple check. If there is any question why the patient is getting a certain medication, ask.” The “Five Rights” of medication safety cover checks that ensure: (1) Right patient; (2) Right route; (3) Right dose; (4) Right time; and 5) Right medication.

Jason Hwang, MD, an internal medicine physician and executive director of healthcare at Innosight Institute, a think tank based in San Mateo, Calif., added that to avoid mistakes, systemic changes must take place in the health care system, including technological innovations and changes to regulations that restrict nurses' scope of practice.

Susan Sportsman, PhD, RN, ANEF, director of the Academic Consulting Group, a service of Elsevier, shared a different perspective. She added that much work is under way to determine root causes for errors and to improve processes that lead to mistakes and to help students think critically.

“Almost always errors are related to a multitude of factors that came together,” Sportsman said. “First and foremost is looking at the processes.”

Consumers told the Wolters Kluwer survey they thought miscommunication was the top reason for errors, followed by physicians and nurses being in a hurry, staff fatigue and hospital staffing shortages--all things that have been shown to affect patient outcomes.

The Silent Treatment 2011 study from the American Association of Critical-Care Nurses, the Association of periOperative Registered Nurses and VitalSmarts found a prevalent culture of poor communication and nurses not speaking up. More than 4 out of 5 surveyed nurses reported 10 percent or more of their colleagues took dangerous shortcuts, yet few of the nurses shared their full concerns with the person or colleagues.

“Communication is a part of most everything,” Sportsman said. “Often the lack of communication between one provider and another will often result in an error.”

Sportsman has found that training nurses, physicians and respiratory therapists together on simulators while in school can improve communication and response to real patient situations that rarely happen but require quick intervention.

A 2004 report from the Institute of Medicine cited fatigue associated with long hours and poor nurse staffing with thousands of patient deaths. And a University of Pennsylvania School of Nursing study from that year found when nurses worked more then 12 hours in a shift or 40 hours in a week or worked overtime, the risk of errors increased significantly.

Sportsman also encouraged administrators to create a culture of safety where people are not afraid to speak up and report errors or near misses and urged nurses not to sit back and accept the status quo.

“Everyone goes into this work because they want to help people,” Sportsman said. “When an error occurs, it’s terrible for the patient if something happens, but also horrible for the person who did it.”