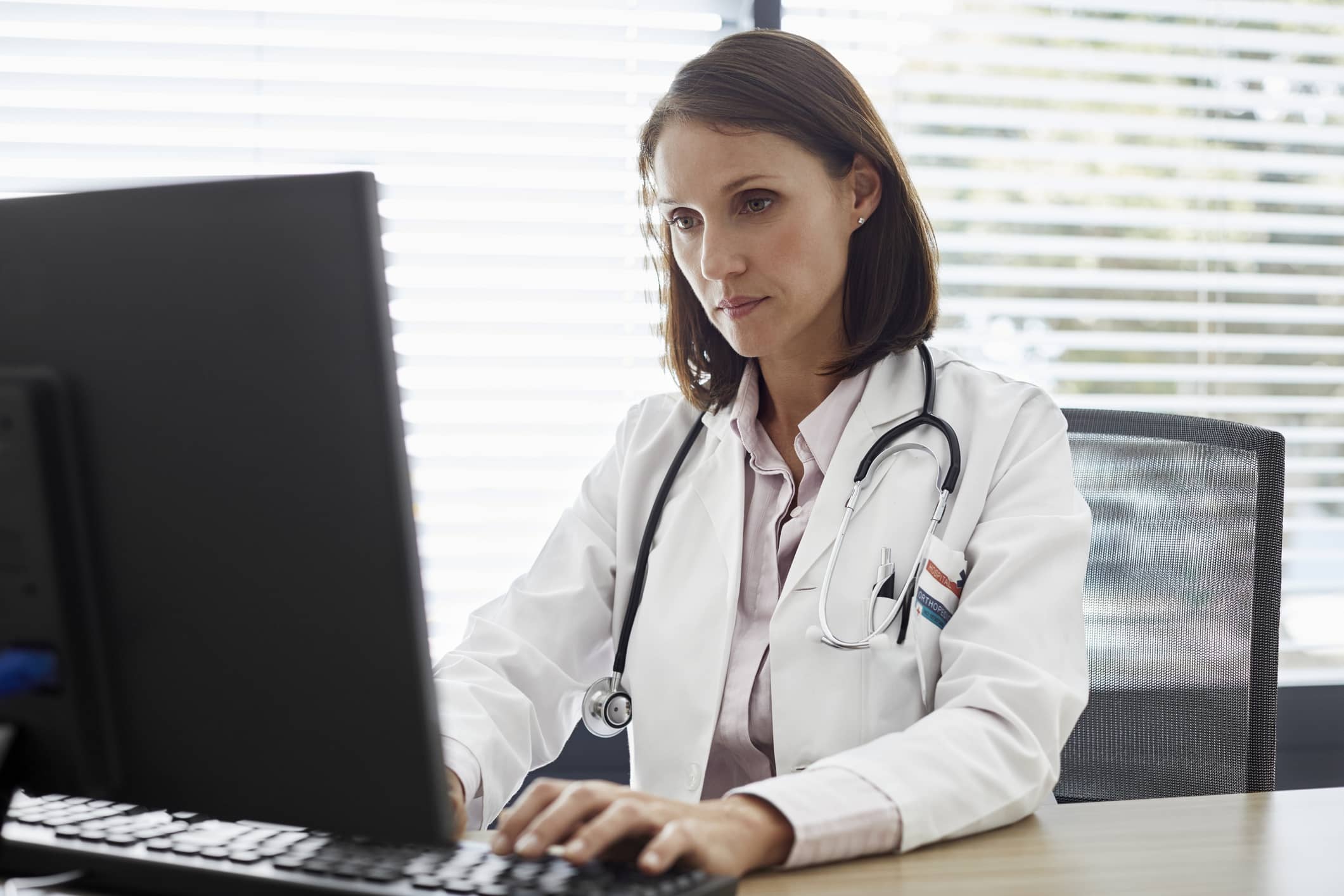 As medical practices and hospitals successfully transition to electronic records, they are discovering the importance of adequate training and best methods for bringing everyone up to speed.

“Doctors should not skimp on training, because it is worth the investment,” said William S. Underwood, MPH, senior associate in the division of medical practice, professionalism and quality at the American College of Physicians and lead author of a recent report from AmericanEHR Partners, an online community dedicated to supporting adoption, use and optimization of electronic health records (EHRs).

The survey was conducted collaboratively with several medical organizations. It found that satisfaction with an EHR--also known as an electronic medical record (EMR)--among the 1,936 physicians who used 125 different EHR products, highly correlated with whether respondents were involved in the EHR selection process and if they had three to five days of system training. Yet nearly half of the respondents said they received three or fewer days of training.

“Some people get scared with the price tag of training and cut back,” Underwood said. “Do that cautiously, because it has long-term consequences with satisfaction with the EHR and how you use the system well into the future.”

Karen Fuller, a principal with consulting firm CSC’s healthcare delivery group, based in Falls Church, Va., agreed that clinician involvement in the design of the system and the new workflow contributes to a successful transformation.

“Whether acute care or an office, the amount of change management is incredibly huge,” Fuller said. “Everybody in the organization gets affected.”

“How much training you need is going to depend upon how easy it is to use and how much buy-in the people have,” Schumaker said.

How much and what training

Fuller finds the amount of training needed to function and then become competent varies with each clinician’s familiarity with computers and how an organization implements an EHR. Introducing lab and X-ray results first allows the nurses and doctors to navigate the basics.

“Generally, EHR activities that only require viewing of information require much less training than those that require the generation of new content in the EHR,” added Rishi Agrawal, M.D., pediatric hospitalist at La Rabida Children's Hospital in Chicago and a member of the Metro Chicago Health Information Exchange Advisory Council.

Training may include computer-based methods, such as webinars or online tutorials, classroom instruction and support staff--trainers or super-users--available during implementation. Training, perhaps teaching one tip at a time, must continue.

Reid F. Conant, M.D., an emergency medicine physician and president of Conant and Associates in San Diego, Calif., calls that optimization training to solidify learning. He said, “There needs to be a longitudinal continuum of training.”

Fuller recommended trainers focus on clinicians’ learning styles and documentation needs. She rounded with physicians to learn how they approached the chart to understand the workflow.

“EHR training of physicians and nurses needs to be customized to the level of the end user and the scope of the implementation,” Agrawal added. “There is not a one-size approach, but rather you have to be nimble in your approach.”

Every clinical person at Kelsey-Seybold Clinic in Houston received 11 hours of training before each portion of the Epic EMR went live, including a four-hour class the day before implementation and four hours one week later to discuss additional functions. Kelsey-Seybold provided support staff, dressed in red shirts, at every computer station.

“Having good in-office support was important,” said Robert M. Turner, DO, family medicine specialist and co-managing physician, clinical information technology for Kelsey-Seybold Clinic. “The transition from paper can be rocky if you don’t have a lot of computer skills.”

For those doctors struggling with the basics, a trainer or a physician adept at the system would work with them one on one. Turner suggested identifying early tech-challenged staff person and letting them learn computer skills before implementation.

“It’s painful and lifestyle altering for awhile,” Turner said. “The pain lasts three to six months for primary care and a little less for specialty. But once you go through the pain, most people do not want to go back.”

Even so, Alexander Stemer, M.D., a physician at Medical Specialists Centers of Indiana in Munster, adds that productivity often lags. He estimates physicians can see half as many patients for a week or two and then two-thirds to three-quarters as many patients for another two weeks, which could result in $15,000 in lost revenue per doctor. In addition, staff must scan in prior records and learn the system.

“The real cost is the lost productivity,” Stemer said. “There are huge downstream revenue losses.”

Medical Specialists sent staff to Allscripts to become trainers. They conducted two three-hour sessions before implementation and were onsite to help during the “go-live.” He started with four doctors and then gradually transitioned more clinicians to the electronic system.

Stemer has found reducing the amount of typing has helped physicians at Medical Specialists learn to use its EHR. The practice uses Sharable Ink, allowing physicians to handwrite notes on special paper, with a camera pen that captures what is written on the paper and translates that into structured data for the EHR when the pen is docked with the computer.

“Our doctors are capable of doing a visit the old-fashioned way where they talk to you and write down a few things on paper,” Stemer said.

“Part of the transition from the old medical record to electronic requires the implementation of the most sophisticated versions of voice-activated transcription,” Stemer said.

Conant reported greater success with hospital implementation when using adjunctive technologies, such as voice recognition, especially if the clinician is familiar with using Dragon in the office. The transcription is immediate.

“It can make the lives and workflow easier for the physician,” Conant said. Additionally, mobility, including tablets, wireless coverage and cloud-based technology, can help with implementation. He added, “Go-live support is worth every penny of investment, because that is a critical time.”

Oleg Bess, M.D., founder and CEO of 4medica in Culver City, Calif., cautioned that hospitals should not expect 100 percent of the physicians will use the system at the same rate. He recommended offering a fallback for people unable to pick it up quickly. Temporarily, the hospital might scan a written report or have a nurse enter the data.

“There has to be a remedial plan,” Bess said.

Schumaker suggested some remedial computer training for users unfamiliar with a computer. Once up to speed on turning it on and off, rebooting and using a mouse, she advised to start online training specific to the software about eight to 12 weeks prior to implementation. She also indicated super-users are crucial on the units when the system goes live, and recommended that staff should have a lower caseload for a minimum of 5 to 14 days.

“You will want to bring in extra physicians and nurses on go-live day and beyond,” said Schumaker, adding that temporary nurses should be able to easily pick up on how to document electronically.

“Each implementation is different, so it is important to plan ahead and work with your staffing agency to get the right number of clinicians on board for the right amount of time," added Kimberly Martini, senior director of EMR nurse staffing at AMN Healthcare. “Working together we are able to customize a staffing solution that covers both backfilling for core staff while they train on the new system as well as go-live support.”

“It’s also important to bring in healthcare professionals with the right qualifications and training,” Martini said. “For instance, we make sure our nurses have previous EMR experience and receive training on the facility's new systems. They can then help out immediately and give the permanent staff the time they need to learn the system."