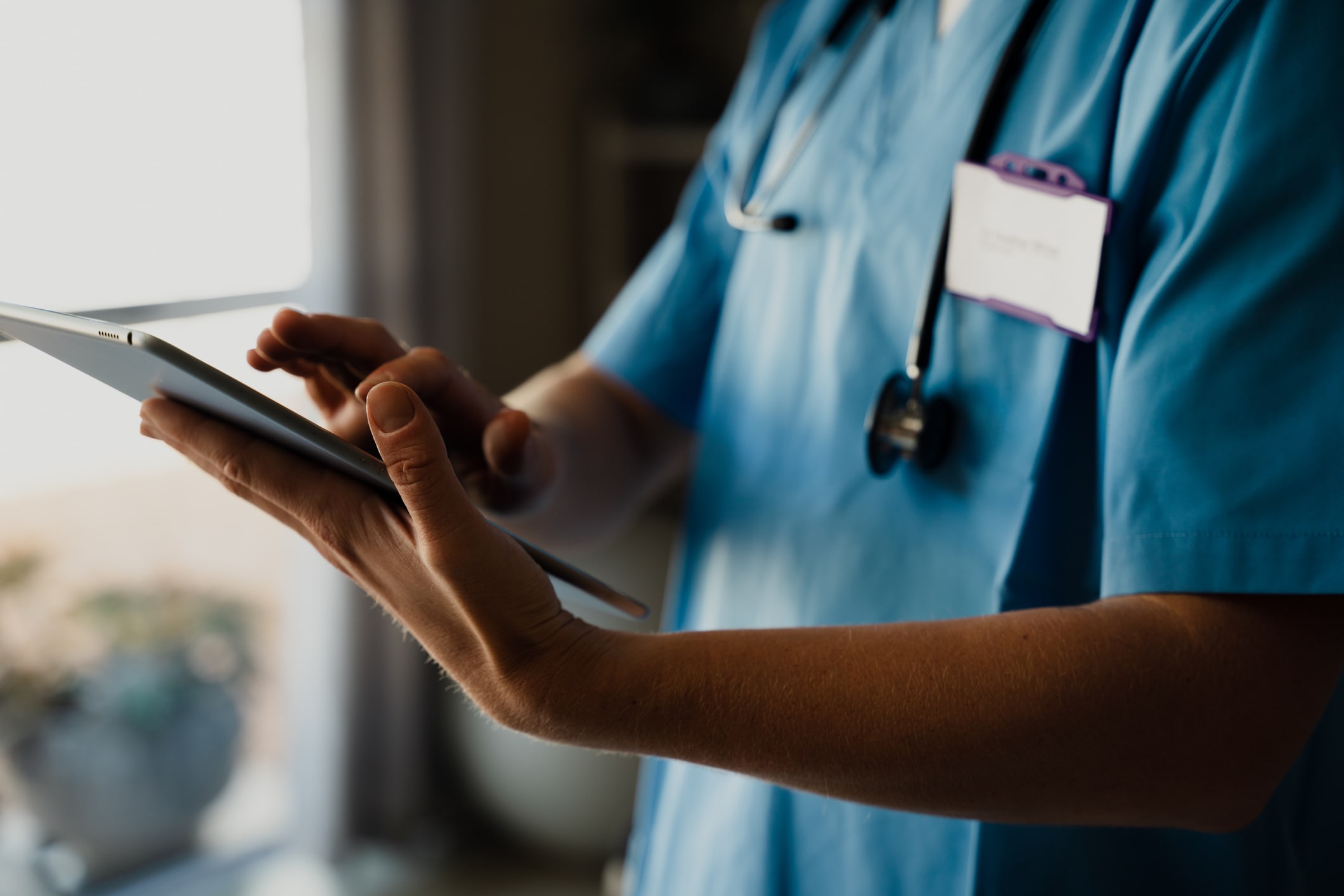 A new study showing that interns are only spending a fraction of their time on the job with patients once again raises the question: are medical residents getting enough hands-on, direct patient care experience during their training?

Twenty-nine interns in two internal medicine residency programs in Baltimore, Md., were monitored for 873 hours in early 2012, according to an online study published for the Journal of General Internal Medicine in April. The result: researchers found that they only spent 12 percent of their time examining and talking with patients, but they spent about 40 percent of their time on a computer.

Since the study was observational, the researchers didn’t intend to place any value judgments on the results. Still, the 12 percent figure was sobering.

“Most of us on the research team tend to agree that 12 percent probably isn’t enough time,” said study leader Lauren Block, MD, a clinical fellow in the division of general internal medicine at the Johns Hopkins University School of Medicine.

The interns in the study were operating under the 2011 set of duty restrictions created by the Accreditation Council for Graduate Medical Education (ACGME). The 2011 restrictions were successors to an earlier set of standards launched in 2003 to limit resident work hours in an attempt to reduce fatigue and ultimately improve patient safety. The 2003 restrictions limited residents to an 80-hour work week, with continuous duty limited to 24 hours, with a revised and expanded version released for 2011.

The Johns Hopkins study authors noted that today’s interns spend fewer hours overall in the hospital than interns before the ACGME-mandated 80-hour work week, but they also eat and sleep less in the hospital than interns of the past. “Despite this, the percent of time spent directly with patients in this study was less than described in the published literature prior to 2003,” they wrote.

According to the ACGME’s 2011 Duty Hour Standard monograph, “studies have shown that residents’ clinical exposure, academic achievement, and medical knowledge have remained constant or improved slightly” in the seven years after the 2003 standards were enacted.

But the duty hour restrictions have had their naysayers. Objectors have said that the restrictions were too stringent and would prevent medical and surgical residents from getting enough hands-on experience for mastering the skills they would need to be effective physicians. This common concern is now often accompanied by the acknowledgement of the additional impact of increasing technology and the increasingly complex nature of many patient cases.

“We are calling upon our trainees to learn a lot more in less time,” said Rebecca Minter, MD, who chairs the American College of Surgeon’s committee on resident education.

Joanne Conroy, MD, said the intentions behind both sets of restrictions were good but “we probably didn’t get the outcomes that we wanted.”

“We still struggle with changing how we use the time in the combined educational-clinical environment to give residents the best possible educational experience,” said Conroy, chief health care officer for the Association of American Medical Colleges (AAMC). “Direct patient care is actually a really important part of that experience.”

In the Johns Hopkins study, observers logged the interns’ activities using an iPod Touch and an application called TimeTracker. When an intern was multi-tasking, the advantage was given to the activity most closely related to direct patient care.

There are probably some improvements that could be made on that front, Conroy said. The good news is that some residency programs have seized the opportunity to innovate. She cited a residency program at Virginia Mason Medical Center in Seattle that reorganized rounds to be more efficient. Residents can enter information into a computer on wheels that goes directly into the patient’s room, eliminating the need to scurry out into the hallways--and away from the patient’s bedside.

And Block and her team suggest other possible hospital-level solutions that wouldn’t depend on changing any duty hour restrictions. That includes integration of electronic medical record (EMR) systems to provide automatic summaries of patient histories, which would save time for interns and residents and allow them to spend more time with the patients.

“Geographic cohorting of patients within the hospital could [also] result in less time spent walking and more time spent with patients,” they wrote.

What the future holds

The questions about the effectiveness, or lack thereof, of duty hour restrictions are likely to continue.

But Minter suggests it’s time to broaden the conversation.

“We need to move the conversation to a higher level and figure out how we’re going to build in appropriate supervision structures so we can move away from this sole concentration on how many hours someone has worked,” said Minter, who is also an associate professor of surgery and medical education at the University of Michigan.

According to Minter, appropriate supervision could certainly include methods for the appropriate monitoring of excessive hours, but perhaps they could be less arbitrary than a set number of hours.  Surgeons are supervised differently than, say, internal medicine residents, so a one-size-fits-all approach may not be the best.

“I think the greater challenge for us is how to maximize the longitudinal experience of our trainees so they are truly proficient when they finish five years of training,” she said.