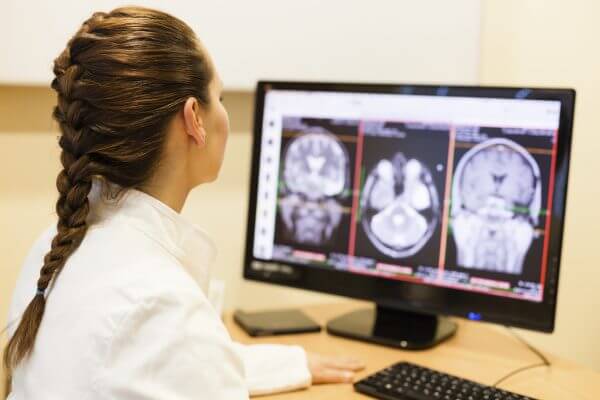 In the outpatient environment, there are different rules regarding this. Guideline IV.K contains the following information, “…For outpatient encounters for diagnostic tests that have been interpreted by a physician and the final report is available at the time of coding, code any confirmed or definitive diagnosis (es) documented in the interpretation. Do not code related signs and symptoms as additional diagnoses. Please note: This differs from the coding practice in the hospital inpatient setting regarding abnormal findings on test results.”

Coding Clinic 1Q 2017 contains several scenarios that illustrate where this guideline is applicable.

Question: A patient undergoes outpatient surgery. A skin lesion of the cheek is surgically removed and submitted to the pathologist for analysis. The surgeon writes on the pathology order, “skin lesion.” The pathology report comes back with the diagnosis of “basal cell carcinoma.” A laboratory-billing consultant is recommending that the ordering physician’s diagnosis be reported instead of the final diagnosis obtained by the pathologist. Also, an insurance carrier is also suggesting this case be coded to “skin lesion” since the surgeon did not know the nature of the lesion at the time the tissue was sent to pathology. Which code should the pathologist use to report his claim?

This Coding Clinic supports IV.K in that this was a diagnostic test (pathology) that was interpreted by a physician (pathologist) with a confirmed diagnosis in the final report (basal cell carcinoma) being available at the time of coding. This reinforces the fact that it is ethical to follow the coding guidelines, no matter the years of experience one has or the position they hold.

Question: A patient presents to the hospital for outpatient x-rays with a diagnosis on the physician’s orders of questionable kidney stones. The abdominal x-ray reveals “bilateral nephrolithiasis with staghorn calculi.” No other documentation is available. Is it correct for the facility to report code N20.0, Calculus of kidney, based on the radiologist’s diagnosis?

Answer: It is correct for the facility to report code N20.0, Calculus of kidney. Code to the highest degree of certainty. The radiologist is a physician, and when the x-ray has been interpreted by the radiologist, code the confirmed or definitive diagnosis. The Official Guidelines for Coding and Reporting, Diagnostic Outpatient Services Section IV. K., state, “For outpatient encounters for diagnostic tests that have been interpreted by a physician, and the final report is available at the time of coding, code any confirmed or definitive diagnosis (es) documented in the interpretation.”

While there are several more examples that describe outpatient laboratory, radiology, and pathology coding in the 1Q 2017 Coding Clinic, there is one last question/answer to show here, which can be found on pages 5-6,

Question: A patient undergoes outpatient surgery for removal of a right breast mass. The pre- and post-operative diagnosis is reported as “breast mass.” The pathological diagnosis is fibroadenoma. How should the hospital outpatient coding professional report this? Previous Coding Clinic advice has precluded us from assigning codes on the basis of laboratory findings. Does the same advice apply to pathological reports for the facility?

Answer: The facility should report code D24.1, Benign neoplasm of right breast, for the fibroadenoma of the breast. Previously published Coding Clinic advice has warned against coding from laboratory results alone, without physician interpretation. However, the pathologist is a physician and the pathology report is confirmation of his/her tissue analysis, and can be used to provide greater specificity when coding outpatient encounters.