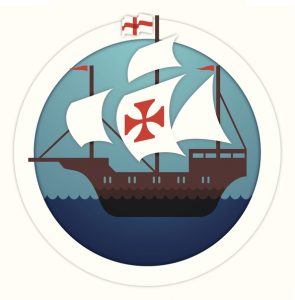 An ICD-10 Thanksgiving: Scenarios from the Mayflower

Consider the Mayflower: A relatively small ship containing 102 passengers and approximately 30 crew members. The journey from England to Massachusetts took 66 days in 1620. The voyage was fraught with rough seas, scant provisions, and harsh living conditions. It is not difficult to imagine that passengers must have sustained numerous injuries associated with the voyage.

For example, history records that John Howland fell overboard during a turbulent storm but managed to grab a line trailing in the water and was hauled back aboard safely. There were five deaths at sea, including Dorothy Bradford – the wife of William Bradford, Governor of the Plymouth Colony.

So, let’s use our imagination to create life scenarios on board the Mayflower and test our ICD-10-CM coding skills. Do you think the codes listed below accurately represent the scenarios?

Mary Allerton took her morning walk aboard the ship and fell, striking her forehead on the deck. A contusion of her forehead was noted.

John Billington awoke early one morning to discover numerous bites on his left forearm. The bites were not present when he went to sleep the previous night. It was determined that bedbugs were the culprit.

Humility Cooper ate her usual lunch of hardtack and pickled fish. She began feeling nauseous later in the day and was vomiting by evening. It was determined that Humility was suffering from food poisoning due to the pickled fish – her favorite food.

Two anonymous Pilgrims had a philosophical disagreement that escalated into a brawl. One punched the other who suffered a blackened left eye. Bad behavior, even in 1620!

Elizabeth Winslow did not consider the rough seas when she descended the stairs into the ship’s hold. She fell from the third step from the bottom and developed immediate arm pain. It was determined that she suffered a non-displaced left transverse radial shaft fracture. There were no pain meds and no surgical treatment available. Our ancestors were a hearty lot!

True to its mission, ICD-10-CM offers a broad range of highly specific external causes of morbidity codes. I hope this lighthearted exercise underscores the importance of these codes and the necessity of always selecting the most specific codes possible. Never before have quality coding and quality healthcare aligned so closely. Our coding data must support the ever-increasing quality focus of healthcare. We must be always cognizant of the global impact of coding and CDI and our pivotal roles in healthcare quality.