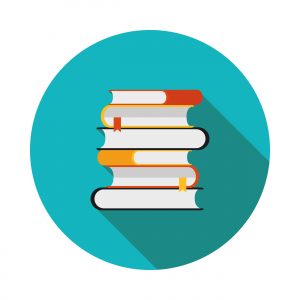 The ICD-10-CM Official Guidelines for Coding and Reporting (OGCR) for the 2017 fiscal year are now available. If you haven’t had the opportunity to review them, allow me to highlight one of the most important, and likely the most controversial changes that actually began several months ago with the Q1 2016 Coding Clinic.

In Coding Clinic Q1 2016, pp 11-12, Diabetes Mellitus with Associated Conditions, we were advised of the interpretation of the word “with.” This has caused some confusion in the profession regarding the interpretation of this coding clinic, after the realization that this would cause a significant change in practice. In addition, it has brought up concerns of whether the convention outlined in the Coding Clinic was in conflict with the guidelines.

As I exercised due diligence in my quest for more information, I noticed similar questions existed across multiple blogs within the HIM profession as individuals appeared to struggle with the interpretation of this Coding Clinic. The AHA had also received questions requesting clarification and subsequently addressed these questions in a Coding Clinic fromQ2 2016, pp 36-37, Clarification Diabetes and Associated Conditions. It was from the advice contained in this second Coding Clinic that additional verbiage was then added to an existing convention, OGCR I.A.15, “With,” as seen in the FY 2017 Official Guidelines for Coding and Reporting.

Here is the convention, OGCR I.A.15, “With,” as seen in the release of the FY 2017 ICD-10-CM Official Guidelines for Coding and Reporting:

The causal relationship concept is easy to understand because we have been accustomed to causal relationships in the classification – hypertension and chronic kidney disease is one of those relationships where the provider is not required to explicitly document a link between the two conditions in order for them to be coded as related. It appears that the explanation contained in the Coding Clinics, which specifically used diabetes and the associated conditions in the content, isn’t creating questions about the diabetes causal relationships. The questions at this point appear to ask if we are to apply this convention (I.A.15) across the entire classification, or are we to apply this convention to only diabetes with associated conditions?

The reason clarification is being sought is that there are several scenarios in the Alphabetic Index, where, if applied as most are interpreting the convention, appear to be conflicting advice with both the guidelines, and what has been taught consistently over the years by experts in both the HIM and CDI professions, both in conventions and conferences and small group educational events.

As you can see in the above listing in the Alphabetic Index, ‘organ dysfunction’ appears as an entry under the subterm ‘with,’ which is sequenced immediately under the main term ‘sepsis.’ I included the subterm ‘actinomycotic’ to show that the word ‘with’ is indeed out of alphabetic order. As a reminder, R65.20 is severe sepsis without septic shock and R65.21 is severe sepsis with septic shock.

When we apply the directives in the FY 2017 Convention I.A.15 as stated to the above scenario, it appears that an assumed relationship exists between sepsis and organ dysfunction, even in the absence of provider documentation explicitly linking them.

Adding to this confusion is a statement that appears twice in both the FY 2016 ICD-10-CM OGCR and the FY 2017 ICD-10-CM OGCR, “The conventions and instructions of the classification take precedence over the guidelines,” which is interpreted to mean that we are to follow the convention and classification instructions before we follow the guidelines.

We are all aware that sepsis has a focused spotlight with the publication of “The Third International Consensus Definitions for Sepsis and Septic Shock (Sepsis-3)” in the JAMA in February 2016. The guidance in the OGCR Convention I.A.15 adds another layer of light onto this already significant condition.

My goal with this blog has been to summarize what I have heard and read, as well as to provide you with the exact wording of Convention I.A.15, along with the format of the classification as it pertains to one condition – sepsis.

While it is not within my scope of practice to provide guidance on the interpretation and application of the above information, I strongly recommend that you seek the advice of the facility in which you are working. Consider offering your expertise in discussions with the leadership of the facility and CDI/HIM departments, as well as the physician leaders and champions, in order to develop a written policy that clearly outlines the facility’s interpretation and application advice regarding this expanded convention.