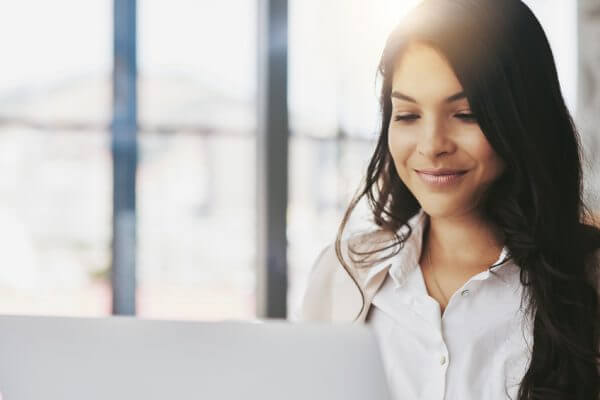 Everyone is talking about the prodigious number of new codes in ICD-10-PCS, however, few address why and what prompted the code additions and changes. Perhaps if we know the why, then the number of codes will not be so daunting.

Amazing! That’s almost 1/3 of the total new codes! Why so many new codes in these tables? Let’s break it down. First, some of these are new and some are revisions of previous codes. For instance, in Table 021, Bypass Heart and Great Vessels, there are additional body part values (character 4). The Thoracic Aorta is now divided into Ascending or Descending, resulting in 120 new/revised codes due to this body part addition. In the same table, there are now 36 new or revised codes bypassing from (character 7-qualifier) the newly added Innominate Artery to the Pulmonary Trunk, the Right Pulmonary Artery or the Left Pulmonary Artery.

Another change in table 021 resulted in 296 new or revised codes due to the new guideline/body part change for FY 2017 which classifies the coronary arteries by the number of arteries treated, a major change from the 2016 guideline, which classified them by the number of sites treated (PCS Guideline B4.4). Additionally, table 021 now offers the choice of Zooplastic Tissue as a device (character 6) which is responsible for 48 of the new/revised codes.

Changes to both Body Parts and Devices in Table 027, Dilation Heart and Great Vessels for FY 2017, as stated above, resulted in 258 of the total new codes. This table also classifies the coronary arteries by the number of arteries treated (i.e. One artery, Two arteries, Three arteries, Three or more arteries) for the body part (character 4) and provides much needed additional detail in the devices offered for dilation procedures (example PTCA)  with 6 new device choices. Instead of simply choosing Intraluminal Device or Intraluminal Device, Drug-eluting, the code will need to include the number of each type of device deployed in addition to the number of arteries treated. Refer to the excerpt of PCS Table 027 below:

These same device changes mentioned above can also be found in the Upper Arteries and Lower Arteries Body System tables under Root Operation Dilation (PCS Tables 037 and 047) along with an additional Qualifier, Bifurcation, not available in the 2016 code tables. The device and qualifier changes to these 2 tables alone resulted in over 2000 additional codes.
As the reader has probably already guessed, the majority of the new or revised codes for FY 2017 can be attributed to a limited number of reasons (list is non-inclusive):

These updates for ICD-10-PCS for FY 2017 follow the pure intent of the World Health Organization for ICD-10 by providing a new level of specificity not found in the 2016 version. The number of additional codes, although extensive, represents a continued collaboration between providers and hospitals to maximize the usefulness of the coded healthcare data and provide optimal care to all patients in the healthcare continuum.

However, new codes are not the only changes to FY 2017 PCS. In the interest of space I will touch on a few of the more significant changes that took effect October 1, 2016.

Creation: Putting in or on biological or synthetic material to form a new body part that to the extent possible replicates the anatomic structure or function of an absent body part. Previously only used for sex change procedures, it is now also available as a root operation in the Heart and Great Vessels Body System and a new PCS Table- 024. These codes will mostly be used to correct severe congenital heart disease of newborns and neonates.

New Root Operation, Perfusion, has been added to the Extracorporeal Therapies section. Definition: extracorporeal treatment by diffusion of therapeutic fluid. These codes are used for donor organs in which fluid is pumped through them to preserve the organ prior to being transplanted.

New Technology for Spinal Fusions with the addition of the nanotextured surface interbody fusion devices. Codes for all levels of the spine have been added.

New Technology for treatment of early onset scoliosis-Magnetically-controlled growth rods device. After the initial procedure to implant the rod, an external remote control outside of the body is used to lengthen the magnetically controlled rod as a child grows avoiding additional surgeries.

Overview of a few of the new PCS Guidelines for FY 2017 – changes in bold letters (non-inclusive):

If multiple coronary arteries are bypassed, a separate procedure is coded for each coronary artery that uses a different device and/or qualifier.

B3.9
If an autograft is obtained from a different procedure site in order to complete the objective of the procedure, a separate procedure is coded.

The coronary arteries are classified as a single body part that is further specified by number of arteries treated. One procedure code specifying multiple arteries is used when the same procedure is performed, including the same device and qualifier values.

On March 22, 2016, the Centers for Disease Control and Prevention released the list of diagnosis code changes for FY 2017. There were 1943 changes listed to the ICD-10-CM codes.

In addition to the large amount of ICD-10-CM/PCS code changes, October 1, 2016 brought with it significant changes to the ICD-10-CM Official Guidelines for Coding and Reporting. This article outlines the more salient of these changes. If the idea of looking for all of the changes within the 114 page Official Guidelines for Coding and Reporting is daunting, the good news is that they bolded the changes for ease in recognition.

Two noteworthy changes already enveloped in controversy include an expansion of the convention I.A.15 “With”, and a new convention, I.A.19 Code Assignment and Clinical Criteria. Due to the discussions that have already ensued across the country, MedPartners University (MPU) has chosen to dedicate a separate article to each; therefore, those two conventions will be omitted from this article.

Let’s start with the notable changes in the conventions…

Convention I.A.12.a Excludes1 includes information that was first published in Coding Clinic 4Q 2015, page 40, and provides an exception to the Excludes1 definition when the two conditions in question are unrelated to each other. The convention continues to state that if the documentation is not clear whether these two conditions are related, the provider should be queried. There is also an example included to aid in clarity. It is important to note that this convention reminds the Clinical Documentation Specialist and the coder to follow the documentation and if the documentation is not clear, then query for clarification.

General Coding Guideline I.B.14 Documentation for BMI, Depth of Non-pressure ulcers, and Pressure ulcer stages, Coma scale and NIH Stroke Scale now adds the coma scale and NIH stroke scale (NIHSS) to those scenarios where code assignment may be based on documentation from clinicians who are not the patient’s provider. The guideline added the fact that an emergency room technician often documents the coma scale, and continues to remind us that the associated diagnosis must be documented by the provider, and includes an example of ‘acute stroke’, in addition to the previous examples in the current guideline. A reminder on this one is to remember that the associated conditions in this guideline are examples; we know this by the use of the words ‘such as’. This is especially important in the case of the coma scale and NIHSS because there are other conditions outside of an acute stroke that necessitate the use of these scales, and they would be appropriate to use as associated conditions if documented accordingly.

Chapter-specific Guidelines I.C.9.a.1, 2, and 3 cover the topics of Hypertension with heart disease (I.C.9.a.1), Hypertensive chronic kidney disease (I.C.9.a.2), and Hypertensive heart and chronic kidney disease (I.C.9.a.3). There are new instructions listed under I.C.9.a Hypertension, “The classification presumes a causal relationship between hypertension and heart involvement and between hypertension and kidney involvement, as the two conditions are linked by the term “with” in the Alphabetic Index.” The three specific guidelines then have verbiage that carry this convention forward.  Please refer to the article on convention I.A.15 “With” for additional information.

Chapter-specific Guideline I.C.12.a.6 Patient admitted with pressure ulcer evolving into another stage during the admission. This guideline has totally changed, therefore, I recommend paying close attention to this one. 🙂 We have been (FY 2016) operating with a one code requirement under this guideline, with only the code for the highest stage being reported. Note though, that with discharges effective October 1, 2016, two codes will be required: one code for the site and stage of the ulcer on admission, and a second code for the same ulcer site and the highest stage reported during the stay. Accurate and consistent documentation will be the key to ensuring that the correct data is being collected from the claim. Knowing that there can be variances among those who evaluate skin ulcers, this might be a guideline you want to share with the quality department, nursing leaders, and wound care teams.

Chapter-specific Guideline I.C.18 Coma scale includes the statement that the coma scale may also be used to assess the status of the central nervous system for other non-trauma conditions.

Chapter-specific Guideline I.C.18.i NIHSS Stroke Scale is a new guideline that allows for the inclusion of NIHSS in code assignment. While the guideline may be new, the NIHSS has been utilized for several decades in the clinical environment for neurological status assessment and has shown validity as a measure of severity, as well as a predictor of outcomes.

The last chapter-specific Guideline to be covered in this article is I.C.19.e.5.b Poisoning, which includes the statement that if the intent of the poisoning is unknown or unspecified, code the intent as accidental. It is important to note that you should use undetermined intent only when the medical record documentation specifies that the intent cannot be determined. Once again, we see a reminder to follow the documentation.

I realize that this is a significant amount of information to absorb and there are more changes in the ICD-10-CM Conventions and Guidelines that couldn’t be covered here, so I encourage you to look at these changes. For the convenience of our current AMN Healthcare consultants, a copy of the FY 2017 ICD-10-CM and PCS Official Guidelines for Coding and Reporting, as well as other resources related to the FY17 changes have been placed in the AMN Healthcare Resource Centers folder in Blackboard.

All of these changes to the guidelines and the codes themselves are in response to public comment and CMS internal review and can be found on the CMS website https://www.cms.gov/